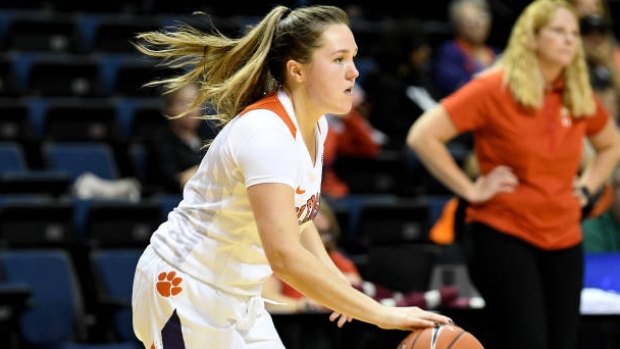 The Tigers were outscored 23-9 in the third quarter and 20-9 in the fourth before scoring 16 points in overtime to end a four-game losing streak and beat the Orange for the first time ever in 10 tries.

Tigers coach Amanda Butler chose not to play two starters, freshman leading scorer Gabby Elliott (14.2) and top shot blocker Tyler Bennett (31). Only eight players saw action with Hank, whose layup and two free throws made it a three-possession game with 51 seconds left in OT, and Destiny Thomas, who opened overtime with a 3-pointer for her only points, stepping into the starting lineup.

Kiara Lewis scored 25 points with eight rebounds and Emily Engstler added 17 and nine for the Orange (7-3, 4-3), who were playing their fourth game in eight days after going more than three weeks without a game.

Clemson went 4 of 6 in the extra session while Syracuse was 3 of 8 with six turnovers.

Spray made the lone 3-pointer with 46.1 seconds left in regulation. Lewis had given the Orange their only lead, 68-67, with a three-point play with 1:07 left. Spray missed a 3 from the right wing but while Robinson was grabbing the rebound, Spray slid toward the corner and didn’t hesitate off Robinson’s feed. Engstler’s open jumper from near the top of the key tied the game with 27.1 seconds to go but Clemson turned it over in the closing seconds going for a last shot.

Syracuse goes home to play Pittsburgh on Thursday. The Panthers play at Clemson on Tuesday.