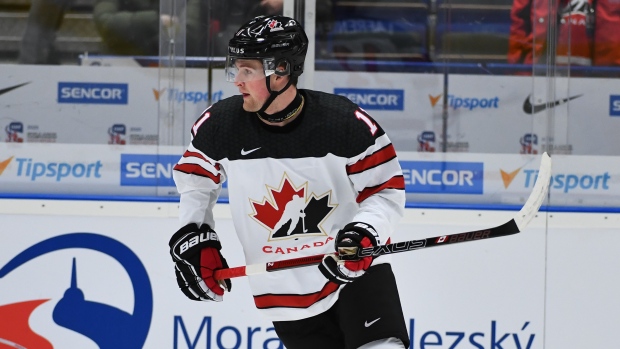 With it becoming increasingly likely the NHL season will start later than January 1, the possibility exists that Alexis Lafreniere could play for Team Canada at the World Juniors without missing a game for the New York Rangers.

TSN Hockey Insider Darren Dreger reports that while Canada would like to add the No. 1 overall pick to the roster, the clock is ticking to make a decision.

"Well Team Canada is hopeful but there's certainly no guarantee of that. Time now is of the essence. Team Canada needs to know within the next few days, I would say, for safety reasons," Dreger said on Insider Trading Tuesday. "Alexis Lafreniere has been training with the New York Rangers near New York City. He's been there since early November. There's no guarantee, there's no decision that's been made just yet. They're in a holding pattern right now. The biggest concern from the NHL team's perspective of course would be injury. Lafreniere got injured last year in the World Junior Championship. The Rangers need to have them available if there is an opening night."

Lafreniere scored four goals and posted 10 points in five games at the World Juniors last year, helping Canada win gold. He missed two games during the tournament due to a knee injury.

The 19-year-old, who had 35 goals and 112 points in 52 games with the QMJHL's Rimouski Océanic last season, also played for Canada at the tournament in 2019, when the team lost to Finland in the quarter-finals.

The World Juniors will begin in the Edmonton bubble on Christmas Day, with Canada opening their tournament on Boxing Day against Germany.