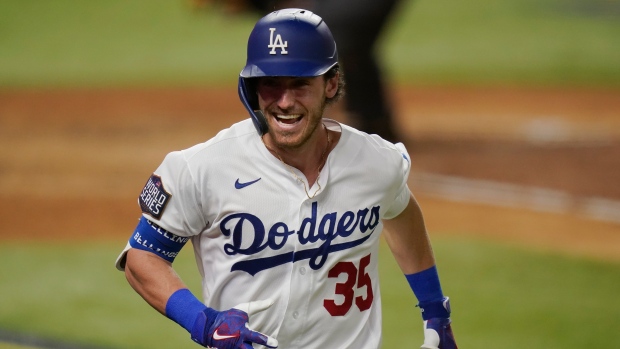 He slumped to a .136 average (3 for 22) with one homer and three RBIs in the World Series against Tampa Bay as the Dodgers won their first title since 1988.

Seager won MVP honours in the NL Championship Series and World Series, batting .400 with two homers and five RBIs in the Dodgers' six-game defeat of the Rays. He hit .307 with 15 home runs and 41 RBIs during the shortened regular season.

Urías put early-career health woes behind him and became a full-fledged member of LA's rotation in 2020 for the first time, going 3-0 with a 3.27 ERA in 11 games, 10 starts. He made two starts and six appearances in the post-season and went 4-0 with a 1.17 ERA, including a save in the clinching Game 6 of the World Series.

This was the 24-year-old's first season of arbitration eligibility. Urías was set to earn $1 million last season and earned $370,370 in prorated pay.

Buehler, the Dodgers' 26-year-old ace, is asking for $4.15 million in his first stab at arbitration, while the Dodgers are offering $3.3 million. The sides can still come to an agreement until an arbitrator hears their case next month and makes a ruling. If it comes to it, an arbitrator will award the case in full to one side or the other — no settling in the middle.

The 31-year-old Barnes hit .244 with one homer in 29 games last season, splitting time behind the plate with youngster Will Smith. He earned a prorated $407,407 pay out of his $1.1 million salary. Barnes asked for $2 million and the Dodgers offered $1.5 million in figures exchanged Friday.