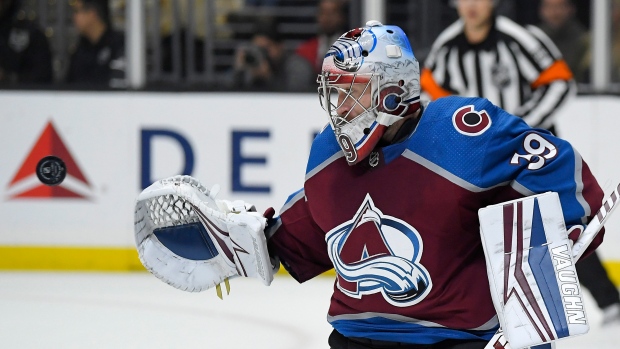 LOS ANGELES — Joonas Donskoi scored in the shootout and the Colorado Avalanche earned their sixth straight road win with 2-1 victory over the Los Angeles Kings on Saturday night.

Ryan Graves scored for the Avalanche, who have won 11 of their past 15 games. Pavel Francouz saved two shots in the shootout after making 20 saves through overtime for his third straight win.

Austin Wagner scored on a penalty shot and Jonathan Quick made 30 saves for the Kings, who had won three of four.

Colorado tied it at 1 when Graves scored on a wrist shot through traffic at 16:35 of the second period.

The Kings took a 1-0 lead at 4:47 of the first period when Wagner scored on a penalty shot. Wagner, who was held by Nikita Zadorov on a breakaway to draw the penalty, beat Francouz to his right glove side for his fifth goal.

It was the Kings’ first successful penalty shot this season in four attempts.

NOTES: Avalanche F Andre Burakovsky did not play because of illness. … Kings C Jeff Carter missed his second straight game because of a lower-body injury. Carter will not play against Edmonton on Sunday but could return against Pittsburgh on Wednesday, coach Todd McLellan said.