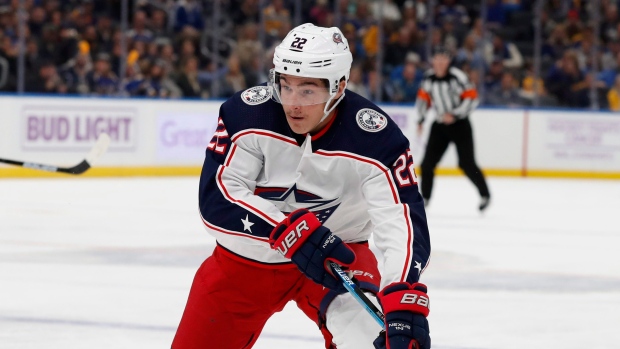 Columbus Blue Jackets forward Sonny Milano left Saturday afternoon's game against the Ottawa Senators after being hit from behind by Mark Borowiecki.

The 23-year-old was retrieving a loose puck in the offensive zone before Borowiecki caught him along the boards and appeared to make contact with his head. Borowiecki was not assessed a penalty on the play.

Milano will go straight to the room, looking very wobbly on his skates. Went headfirst into the boards on a hit from Borowiecki. Don't think Boro meant to do that, as Milano was losing his footing as the hit occurred. #CBJ

Josh Anderson proceeded to drop the gloves and fight Borowiecki on the ensuing faceoff. Each player was given a five minute fighting major but Anderson would later exit the game with an upper-body injury.

It was announced later that both Milano and Anderson would not return due to upper-body injuries.