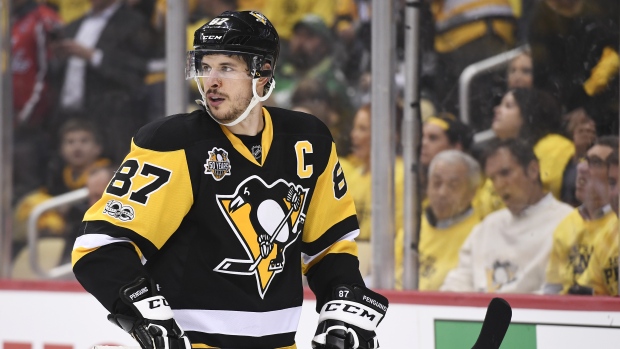 The reason why Pittsburgh Penguins captain Sidney Crosby was not removed from Game 6 after a head-first collision into the boards is simple, according to the National Hockey League, concussion spotters did not have the authority to do so.

According to NHL deputy commissioner Bill Daly, the league's concussion spotter determined the incident didn't match the criteria necessary to pull a player from the game. He added, however, that Crosby was checked for a concussion despite head coach Mike Sullivan saying otherwise.

"The Concussion Spotter made a determination that the event and the player's response on the ice did not trigger the criteria in our concussion protocol that would have required or mandated a club to remove a player from play," Daly told TSN Hockey Insider Pierre LeBrun. "But that doesn't mean the player wasn't checked and evaluated on the bench. I am sure the club's medical and training staff were satisfied that the Player was fine before he was permitted to return to play."

Earlier Monday, Daly said that according to current National Hockey League guidelines, colliding into the boards is not a "mechanism of injury" that would give concussion spotters the ability to remove a player.

“Depending on the mechanism of injury, ‘slow to get up’ does not trigger mandatory removal,” NHL deputy commissioner Bill Daly told Kevin Allen of USA TODAY Sports. “The protocol has to be interpreted literally to mandate a removal. ‘Ice’ as compared to ‘boards’ is in there for a reason. It’s the result of a study on our actual experiences over a number of years. ‘Ice’ has been found to be a predictor of concussions -- ‘boards’ has not been.”

Crosby, 29, incurred a concussion in the first period of Game 3 of the Pens' Eastern Conference semifinal against the Washington Capitals after receiving a slash from Alex Ovechkin and a cross check to the head from Matt Niskanen in quick succession. He went on to miss the rest of that game and sat out Game 4. He returned to action in Game 5 on Saturday night.

During the first period of the Pens' 5-2 loss in Game 6, Crosby was slow to get up after going into the boards following an entanglement with Capitals goaltender Braden Holtby and defenceman John Carlson. Only a hit from another player or Crosby striking his head on the ice would be grounds for a concussion spotter to remove the two-time Hart Trophy winner from the game under current guidelines.

“Any head contact is a possible mechanism of injury,” Nowinski told Allen. “I can't believe we have to say that in 2017.”

Penguins coach Mike Sullivan said after the game that Crosby was not tested for a concussion. Crosby said the hit knocked the wind out him.