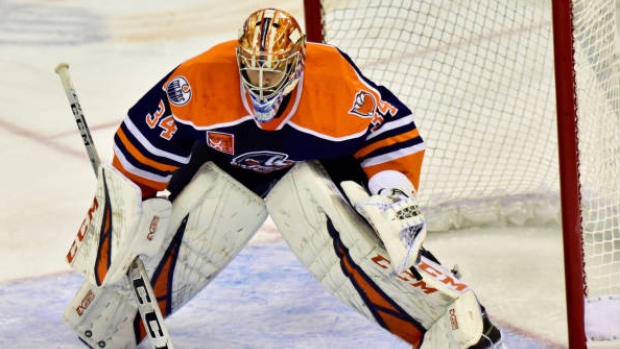 BAKERSFIELD, Calif. — Cooper Marody scored the game-winning goal with just 1:22 left to play in regulation as the Bakersfield Condors edged past the Abbotsford Canucks 3-2 to advance to the second round of the Calder Cup playoffs.

Stuart Skinner made 27 saves in the Condors victory as they swept their best-of-three series with Abbotsford.

Sheldon Dries opened scoring at 15:54 of the first period with a power-play marker to give the Canucks a 1-0 lead.

That would then be responded by an Adam Cracknell goal at the 18:51 mark to tie things up at 1-1.

In the third, Brad Malone scored for the Condors just 4:39 into the final frame. This advantage wouldn't last long, however as Sheldon Rempal evened the game up for the Canucks at 2-2 at 12:51.

The game looked like it was going to be headed to overtime until Marody managed to find the back of the net at 18:38, leaving too little time for Abbotsford to try to tie it up again.