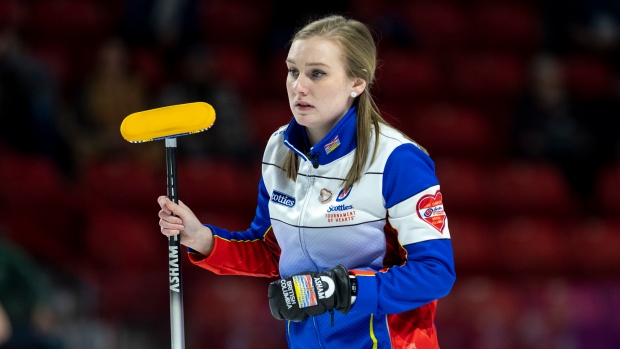 Summer weather is still around for the foreseeable future, but the action on the pebbled ice is already underway.

Curlers in Leduc, Alta., Sapporo, Japan and Baden, Switzerland took to the pebbled ice this past weekend to kick off the 2021-22 season.

Brown and her Kamloops rink of third Erin Pincott, second Dezaray Hawes and Samantha Fisher defeated Team Lindsay Bertsch of Calgary in the championship game, 8-3. Team Brown won all four of their games in Leduc.

On the men's side, Calgary's Jeremy Harty and his team of third Kyler Kleibrink, second Joshua Kiist and Kurtis Goller were also victorious, capping it off with back-to-back wins over Team Karsten Sturmay. They won 6-1 in the page playoff and 7-2 in the final to finish the weekend with a 5-1 record. Harty won four events on tour last season and is looking to continue his strong play in 2021-22.

In Switzerland, countrymen Yannick Schwaller and Peter De Cruz battled in the final of the Baden Masters with Schwaller taking home the title with a 6-3 win. Team Schwaller went a perfect 7-0 over the three-day event, including a 5-4 win over five-time world champion Niklas Edin of Sweden in the semfinals.