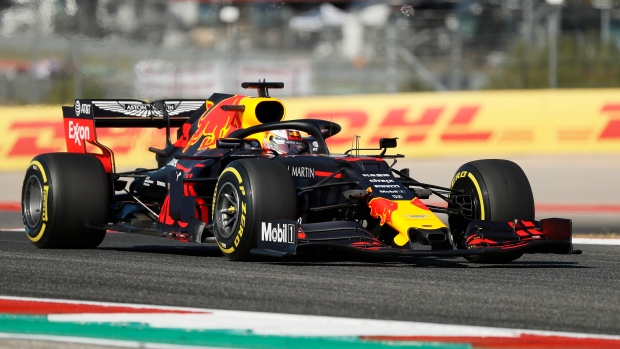 The 2020 Formula 1 season will be anything but ordinary due to the COVID-19 pandemic. The possibly truncated season calendar still hasn’t been finalized with only dates for the eight-race European leg firmed up, team personnel will be greatly reduced on race weekends, and other protocols necessary to maintain safety have been put in place. But the uncertainty could present an opportunity to disrupt the six-year run of dominance by Lewis Hamilton and Mercedes.

The most likely candidates heading into the season are of course Red Bull and Ferrari, who have rounded out the Top 3 in the Constructers’ standings behind Mercedes the past four years.

And the doubleheader at Red Bull’s home track in Austria to open the season this weekend and next could afford the Honda-powered team, and lead driver Max Verstappen, an opportunity to get a jump in the standings.

TSN is your home for the 2020 Formula 1 season with full coverage of the Austrian Grand Prix, including all three practice sessions, qualifying on Saturday, and the race Sunday at 9:05am et/6:05am pt. See the full broadcast schedule here.

Verstappen has won the Austrian Grand Prix at the Red Bull Ring the past two seasons. Last year he took the checkered flag almost three seconds ahead of Ferrari’s Charles Leclerc, while Hamilton finished fifth. And two seasons ago he edged the Ferrari tandem on Kimi Raikkonen and Sebastian Vettel while neither Hamilton nor teammate Valterri Bottas finished the race.

But while Verstappen’s performance last year battling Leclerc down the stretch was memorable, it should be noted Hamilton had to deal car damage during the race. And Mercedes struggled with tires in hot weather two years ago. Temperatures are not expected to be as extreme this weekend.

Fast forward to pre-season testing this year and reports suggested Red Bull as the lead contender in the pack trying to chase down Mercedes. While few teams show their best hand in pre-season testing, Red Bull reportedly looked to have the upper-hand on Ferrari in short-run pace while rivalling them on long runs.

But Mercedes once again garnered the headlines in testing with their new Dual-Axis Steering system. DAS allows Mercedes drivers to change the alignment of their front wheels by pushing and pulling on their steering wheel, which will lead to both tight turns and better tire wear. The innovative system has already been banned for the 2021 season as F1 tries to reel in team spending, but Mercedes will deploy it to their benefit this year.

Mercedes has been the dominant team of the current turbo-hybrid era, and should be considered the favourites until at least the new technical regulations take effect in the 2022 season, but Red Bull has steadily been making progress in the standings. With a world class driver in Verstappen eager to challenge one of the greatest of all time in Hamilton, and a potential favourable start to the season with the doubleheader in Austria, the F1 title race will could be closer than last year’s runaway win for Hamilton and the Silver Arrows.

All the millions of dollars spent on development and Lawrence Stroll’s Racing Point may have cracked the code this off-season with a simple solution: copy the smart kid.

Lance Stroll and teammate Sergio Perez showed up to pre-season testing in a car that mirrored last year’s champion Mercedes. And while it led to grousing from a number of other teams - it was dubbed ‘the pink Mercedes’ - the results were evident. Reports at the time suggested Racing Point should challenge to lead the mid-pack with some even indicating they had the third fastest car heading into the season.

If the car is as fast as it looked during pre-season, Stroll should be expected to consistently finish in the points this season and perhaps even add to his one career podium.

Stroll finished 10th in Austria ​in his rookie season with Williams before placing 14th the past two years.

Nicholas Latifi meanwhile, will finally get to make his F1 debut with Williams. While Williams appear to be heading in the right direction after bottoming out last season when they earned a team-low one point, they still aren’t expected to have a car worthy of scoring points on a consistent basis.

Latifi knows the Red Bull ring well from his junior days, having raced there a number of times while climbing the F1 development ladder.. His career-best finish at the track was a second place in the F2 feature race in 2017.