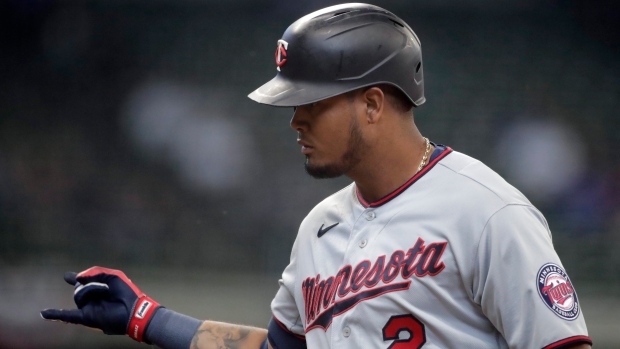 The 2020 MLB season was mess for fantasy. Amidst the ongoing COVID-19 pandemic, the year started on July 23 with each team scheduled for just 60 games. The National League used a designated hitter over a full season for the first time in history and seven-inning doubleheaders became a regular occurrence.

A total of 40 games were postponed due to COVID outbreaks within six different teams.

This season has returned to a semblance of normalcy, with a 162-game schedule and the removal of the universal DH. However, some things have stayed the same.

The season-opening series between the Washington Nationals and New York Mets was postponed due to several positive tests in the Nats organization.

The Mets are set to begin their season on Monday against the Philadelphia Phillies. The Nationals could also play early this week, but the team will reportedly be without Kyle Schwarber, Josh Harrison, Jon Lester, and Alex Avila to begin the season. Adjust your lineups accordingly.

Here is a look at players who have turned heads with their play over the season’s first weekend. All players listed are rostered in under 50 per cent of ESPN leagues.

Perhaps unsurprisingly, Josh Donaldson was injured and placed on the 10-day IL with a hamstring strain after just one at-bat. The Twins’ slugger has dealt with multiple leg injuries over the past two seasons and it’s likely the team will be extra cautious with his return date.

Arraez has taken Donaldson’s spot at third base and currently occupies the lead-off spot for the Twins. The 23-year-old has a .331 average over 126 career games and will be an excellent source of runs as he sets the table for a lineup that led the league with 307 home runs in 2019. Over his first three games, he is hitting 6-for-12 with three walks and a pair of RBI.

As a bonus, Arraez qualifies at second base, one of the shallowest positions in fantasy baseball.

Longoria has been a forgotten man in fantasy since being traded to the Giants in 2017. His batting average settled at .250 and he averaged just 18 home runs per season in San Francisco after hitting 26 per year over 10 seasons with the Tampa Bay Rays. Longo also struggled to stay on the field, playing fewer than 130 games in each of the past two seasons.

The 35-year-old had a bit of a renaissance in the shortened 2020 season and has continued that into 2021, hitting two home runs with four RBI in his first three games.

Longoria is tearing the cover off the ball, as his 97.7 MPH average exit velocity ranks in the top 10 per cent of the league and is his highest mark in the last seven seasons.

The Giants' lineup has hit well around Longoria in their first series and the veteran should be able to push 25 home runs if he can stay healthy.

Eaton is another veteran making an early impact in 2021. The 32-year-old was expected to be in a platoon role until Eloy Jimenez tore his pectoral in Spring Training.

Eaton is now in line for a full-time role and has been hitting near the top of the White Sox lineup against right-handed pitchers. The former National has a career .360 on-base percentage and will score plenty of runs hitting in front of reigning American League MVP Jose Abreu.

Through four games, Eaton is hitting .333 with three walks and a home run. Over a full season with regular playing time, Eaton should hit a solid .280 and contribute 15 home runs, 15 stolen bases, and 90 runs scored.

It’s already the last call for a waiver run on Means after he dominated the Boston Red Sox in his first start of the year. The 27-year-old pitched seven shutout innings and picked off the only batter he allowed on base. He also generated an impressive 14 swinging strikes in the outing.

Means finished 2020 on a roll, allowing just four runs over his final 23.2 innings while striking out 30 batters. If his first start of 2021 is any indication, Means could be a solid starter all season.

His next start will come against the Yankees in New York, so expectations should be tempered. However, Means’ season-long prospects are looking bright after an impressive debut.

Neris was named the Phillies’ closer just before Opening Day and he has been excellent thus far. The 31-year-old has successfully converted his only save opportunity while allowing no hits and striking out five batters over three innings.

Neris was able to shut down an Atlanta Braves offence that was second in home runs, runs scored, and slugging percentage last season.

Manager Joe Girardi prefers to have a designated closer in his bullpen, so managers don’t need to worry about Archie Bradley or Jose Alvarado taking too many save chances unless Neris starts to struggle.

Kikuchi had an impressive 2021 debut, striking out 10 batters over six innings while walking just one against the Giants. The 29-year-old showed marked improvement in 2020, upping his strikeout rate by eight per cent and cutting down on the number of home runs he allowed.

Unfortunately, his Achilles’ heel came back to bite him again last week, as all three runs he allowed came off a pair of home runs.

Kikuchi’s impressive performance warrants a look in most leagues despite a tough upcoming schedule. With starts against the Twins, Astros, and Red Sox, Kikuchi has a chance to prove if his underlying improvements will translate against elite opponents.