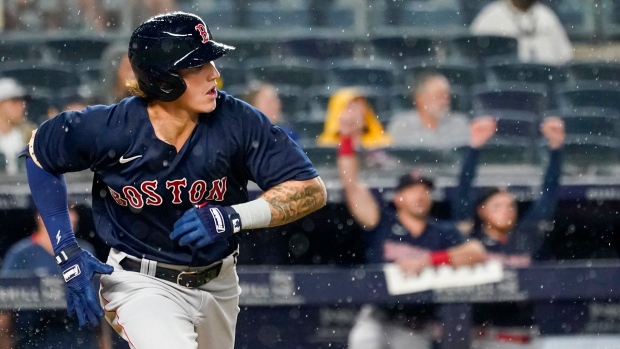 The biggest news this weekend came out of New York, where Mets’ ace Jacob deGrom was once again shut down due to injury. This time, the 33-year-old righty is dealing with tightness in his forearm.

This is the second time this season that deGrom has required a stint on the injured list, and fourth separate injury (forearm, side, shoulder, elbow) that has caused him to miss time this year. deGrom has returned quickly from each of his previous ailments, but his current injury could be a lengthy one, as deGrom won’t throw until he is completely pain free.

Of course, there’s no one player capable of replacing deGrom in fantasy leagues, but here are some options available in more than 50 per cent of ESPN leagues who could provide good value moving forward.

One of the league’s top prospects is back with the Mariners after a rough first stint in the majors. In 23 games earlier this season, Kelenic slashed a paltry .096/.185/.193 with two home runs and three stolen bases.

Kelenic came back strong in the minors after being sent down, slashing .306/.386/.622 with seven home runs and four steals in 24 games. Yes, his brief time in the majors hasn’t been great thus far, but the former sixth-overall pick is one of the most talented prospects in baseball and a potential five-tool fantasy contributor.

Before he was optioned back to Triple-A in early June, the 29-year-old had not registered a hit in 37 at-bats. Fortunately, he broke that streak in his first game back, going 1-for-4 on Friday and has recorded a hit in each of his first three games

Any manager with bench space needs to add Kelenic ahead of a possible breakout.

Kelenic wasn’t the only top prospect called up over the all-star break, as the Red Sox brought outfielder Jarren Duran to Boston.

Duran is in the midst of a breakout season in Triple-A, as he’s hit 15 home runs to go along with 32 RBI, and 12 stolen bases in 46 games. The 24-year-old appears to have changed his approach this season by increasing his fly-ball rate to 39 per cent, up nearly 12 per cent from last season. The change has worked well, as 15 home runs are by far a career-high.

It remains to be seen if the power will remain at the major-league level. Even if it doesn’t translate right away, Duran should still provide good counting stats in an elite Red Sox lineup.

Lowrie was one of this season’s hottest early season adds, but a very poor stretch from May to late June left the veteran with very little fantasy value.

The all-star break didn’t cool him down, as Lowrie smacked three hits including a home run in Friday’s second-half opener. He now has at least one hit in each of his past eight starts with nine RBI in that span.

Peralta has come out of nowhere to be an extremely effective pitcher for the Tigers over the past month. Making his first starts since 2018, the 32-year-old has posted a 1.71 ERA in 31.2 innings (six starts) this season.

Over his past four turns in the rotation, Peralta has allowed just one earned run while striking out 17 over 24 innings pitched. The former Milwaukee Brewer holds a career-best 3.53 ERA as a starter, so it would be a surprise if he continued pitching with a sub-3.00 ERA for the remainder of the season.

However, Peralta has been pitching well enough to deserve a spot on all rosters while he is pitching this well.

Kim has been a solid pitcher all season but has been at his best over his past three starts.

Spanning 18.0 innings, Kim has allowed just one earned run on 11 hits while striking out 14 batters over his past three turns. For the season, the 32-year-old has allowed more than one earned run just five times in 15 starts, resulting in a solid 3.11 ERA.

Kim’s problem thus far has been his inability to pitch deep into games, averaging fewer than five innings per start. However, he has gone at least five in each of his past three starts, leading to a 3-0 record.

The veteran is striking out just 7.34 batters per nine innings, so he might hurt managers in that area, but he will be helpful for those looking to stabilize their ratios.

The veteran reliever has been very effective since taking over the closer role in Arizona. After blowing his first save opportunity on June 12, Soria has allowed just one earned run over his next 10 appearances.

He has been especially valuable in July, racking up three saves and one win in five appearances this month. Over that span, Soria has gone five innings, striking out seven while allowing just three baserunners.

Saves chances might not come consistently for the 37-year-old as he plays for the league-worst Diamondbacks. However, he is still worth an add when he is pitching this well as he’ll help lower ratios while chipping in the occasional save or win.