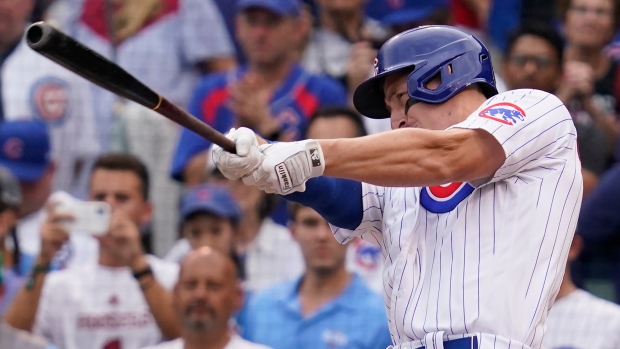 The fantasy playoffs have finally started in ESPN standard leagues. The moment that managers have worked 23 weeks for has arrived.

Most playoff teams will have their roster set and ready to roll but for anyone dealing with injuries or slumps, these six players, rostered in fewer than 50 per cent of ESPN leagues, can provide the necessary push for a playoff run.

Lopez was a lukewarm hitter in the first half of the season but has managed to flip a switch after the All-Star break, raising his batting average over 50 points in the second half.

The 26-year-old has been very productive since moving up to second in the Royals’ lineup. Hitting behind star Whit Merrifield, Lopez has hit .311 with a .380 on-base percentage in 23 games. Over that span, he has been given more freedom to run, stealing 10 of his 18 total bases for the season.

Lopez will not provide managers with any power (.357 slugging percentage, one home run), but the Royals’ shortstop can provide a massive boost to ratios and chip in with plenty of steals.

Playing time will not be a concern moving forward, as the team has moved the returning Adalberto Mondesi to third base for the remainder of the season, giving Lopez an every-day spot in the lineup.

Schwindel has been a revelation for Cubs since being acquired from the Oakland Athletics prior to the trade deadline. In 30 games with the club, the 29-year-old is slashing a ridiculous .345/.395/.655 with nine home runs and 27 RBI.

Schwindel is likely playing over his head, but he has an expected batting average of .271 and an expected slugging percentage of .447 so he could very well be a useful player even when his hot streak ends.

The journeyman will certainly not continue hitting like this for the remainder of the season, but a strong contact rate indicates that his average could still be useful, even if his home run rate regresses.

Just like he did late in the 2020 season, Taveras is producing at the right time, and making a case for himself as a matchup-changing option for the playoffs.

The Rangers’ outfielder was a favourite late-round draft target for managers looking for steals. Unfortunately, the 22-year-old was awful to start this season, hitting just .087 in April before being optioned to the minors.

The Rangers brought the young speedster back to the majors in late August and in a small sample size, he has been a terror on the base paths. In nine games since returning, Taveras has hit two home runs and stolen five bases.

He continues to struggle to hit for average (.147 since being called up) but has still managed to put up plenty of steals. Managers desperate for steals, or those willing to punt their ratios, can taker a flier on Taveras in hopes that he can single-handedly win a category for them.

Suarez was removed from the closer role after the Phillies acquired Ian Kennedy at the trade deadline, but he may have found his calling as a starter.

In seven starts since entering the rotation, the 26-year-old has posted a minuscule 1.71 ERA while striking out 30 batters over 31.2 innings. Suarez has been able to go deeper into games as he gets stretched out and has completed at least five innings in each of his past three starts.

Although the Phillies bullpen has struggled to maintain wins for their starters, Suarez should have no problem contributing solid ratios and strikeouts as long as he remains in the rotation.

Like Suarez, Hernandez has been on a major roll since moving from the bullpen to the rotation. Over his past six starts, the 24-year-old has a 4-0 record with a 1.91 ERA. Over that span, he has held opponents to a .197 batting average.

His strikeout rate leaves much to be desired (31 in his past 42.1 innings) but his ability to limit hard contact has made him a successful starter in August.

At the very least, Hernandez should be a useful streamer for his next start against the Baltimore Orioles.

While fellow reliever Matt Barnes struggled to a 13.50 ERA in August, Ottavino has seized the opportunity and put himself at the front of the line for save opportunities. Over his past four appearances, the veteran has racked up a win and three saves while striking out seven over 3.1 innings.

The 35-year-old has allowed just two runs since Aug. 1 and has earned the trust of Red Sox manager Alex Cora.

At the moment, it seems to be a committee in the Boston bullpen, but Ottavino seems to have the inside edge for the ninth inning.

UPDATE: Ottavino had a rough outing on Saturday but should still be the main option for saves in the Red Sox bullpen.