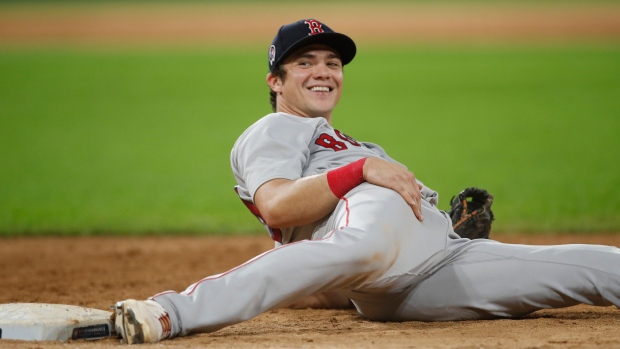 The National Football League season is officially underway, which means that managers still playing fantasy baseball are either 1) preparing for the first playoff round or 2) prepping for their semifinal matchup.

Congratulations to those who have made it this far!

Any managers dealing with recent injuries to Aaron Judge or Blake Snell can consider these options rostered in fewer than 50 per cent of ESPN leagues.

The outfielder has had an uneven 2021, slashing just .253/.299/.442 for the last-place Orioles with a few flashes of brilliance scattered throughout the year. Hays has come on strong over the final month of the season and is a very strong add for managers in the playoffs.

Hays won’t continue to produce at this level for the rest of the season, but he is well worth a spot on playoff rosters while he is swinging a hot bat.

Toro has been a very good hitter since being traded to the Mariners from the Houston Astros. In 40 games with his new club, the Canadian has hit .314 with four home runs and 23 RBI.

The power has slowed since his initial post-trade hot streak, but the 24-year-old infielder has maintained an excellent average and on-base percentage (.387) since being traded.

Toro has consistently been placed in the middle of the M’s lineup and should get plenty of RBI and run-scoring opportunities as the team competes for a wild-card spot.

Toro won’t provide much power or speed, but he will be a solid source of ratios in the playoff rounds.

Just as he did last year, Bobby Dalbec is coming on strong at the end of the year. The notoriously streaky slugger is on an incredible hot streak, slashing .351/.435/.892 with 10 home runs and 29 RBI over his past 24 games.

He has only struck out 19 times in 85 plate appearances over that span (22 per cent), a much lower rate than his normal 35 per cent strikeout percentage.

The 26-year-old’s BABIP is sitting at an unsustainable .356 during this streak, so his improved average is not sustainable. However, if he can maintain the improvements in his K-rate, Dalbec should be a major power contributor for managers down the stretch.

The veteran hurler has been an effective option for fantasy managers over the past month. Since Aug. 10, Odorizzi has posted a 2.90 ERA with 28 strikeouts in 31.0 innings.

Pitching behind the Astros’ offence should afford him plenty of wins, especially with his upcoming strength of schedule. Odorizzi has matchups with the Texas Rangers and Arizona Diamondbacks who rank 29th and 23rd, respectively, in total runs scored.

Odorizzi is a strong two-start pitcher this week and should help managers with wins and strikeouts in their playoff matchups.

Hernandez hasn’t pitched much this season due to injuries but has been effective since returning from a quad injury.

The 26-year-old righty has allowed more than three ones in just one of his eight starts. His one bad start came in Cincinnati against one of the best home offences in the league. Like Odorizzi, Hernandez has a great schedule coming up against a pair of weak lineups.

This week, Hernandez gets the league’s worst offence, the Pittsburgh Pirates, in a home matchup. He will then get the Washington Nationals at home, who he limited to just two runs over five innings in a victory on Aug. 26.

Managers looking for a streamer with an easy matchup should consider the Marlins’ hurler this week.

Alex Reyes started the season as the Cardinals’ closer but has seemingly lost the job to Gallegos over the past two weeks.

Since Aug. 30, Gallegos has successfully converted the team’s last four save chances, most recently closing out a pair of back-to-back games against the Dodgers this past week.

Gallegos does not have the strikeout upside that Reyes carries but he shows much better control (6.0 per cent walk rate) and is a more stable, consistent option for the Cards out of the bullpen.