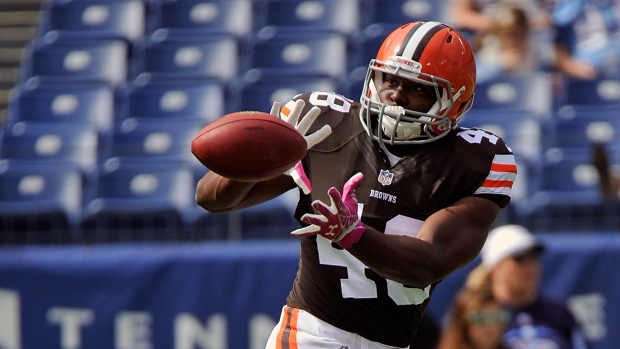 Hayden, who started all 32 games for Dallas the past two seasons, signed a one-year deal, according to a report on the team's website.

Hayden led all Cowboys defensive linemen last season with 52 tackles. He played three seasons for Carolina and one for Cincinnati before joining the Cowboys.

Agnew played last season as a rookie free agent with the Cleveland Browns out of Southern Illinois. After starting the first six games, Agnew was waived Oct. 20. He re-signed with the Browns on Nov. 11, and started three of the next five games before being released Dec. 23.

Mainly a blocker, Agnew had two rushes for 2 yards and three catches for 15 yards.