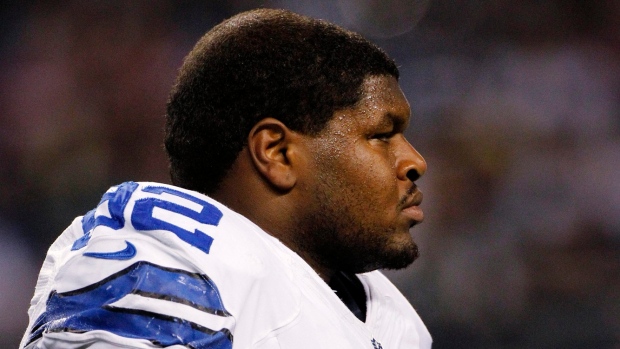 CHICAGO - Dallas Cowboys defensive tackle Josh Brent is active for the first time this season after serving a 10-game suspension for his intoxication manslaughter conviction.

Brent is available but not in the lineup for Thursday's game against the Chicago Bears. He hasn't played since Dec. 2, 2012, six days before the drunken-driving crash that killed teammate Jerry Brown. He was suspended the first 10 games and was inactive the past two.

The Bears are holding out Robbie Gould (right quadriceps) and defensive tackle Jeremiah Ratliff (knee). With Gould out, veteran Jay Feely is handling the kicking duties after signing on Wednesday.

Receiver Alshon Jeffery (hamstring) and safety Chris Conte (eye) are available after being listed as questionable.