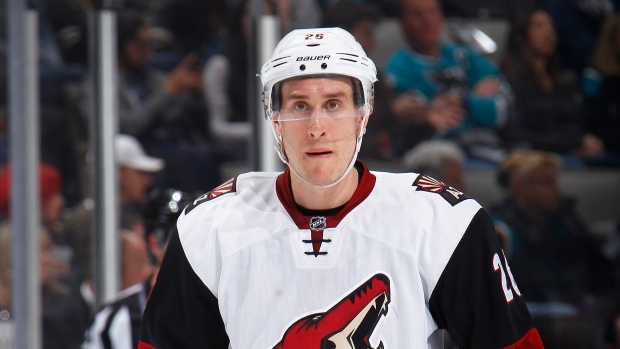 "We are very happy to have Michael back," General Manager John Chayka said in a press release. "He had a breakthrough year for us last season and we are confident that he will fully recover from his injury and that he will play an important role for us."

The 26-year-old finished with six goals and 30 assists in 75 games with Arizona last season. Stone has 23 goals and 64 assists in 279 games over five seasons in the NHL, all with the Arizona / Phoenix franchise.

The Winnipeg native was selected 69th overall in the third round by the Coyotes in 2008.