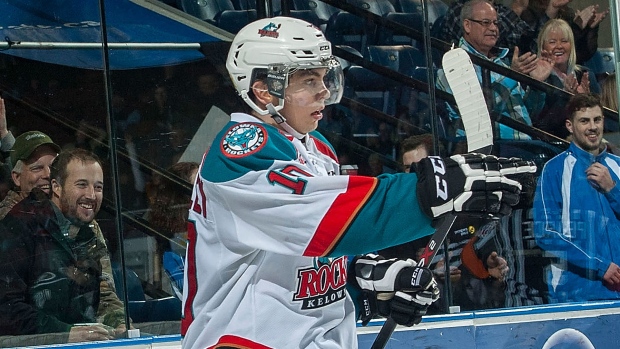 The 18-year-old right wing, selected 30th in the June draft, had 20 goals and 70 regular-season games last season for assistant last season for Kelowna in the Western Hockey League. He also had five goals and 22 assists in 19 playoff games to help the Rockets win the league title, and added three goals and two assists in the Memorial Cup.

Merkley was the Coyotes' second first-round pick. They took centre Dylan Strome with the No. 3 pick.