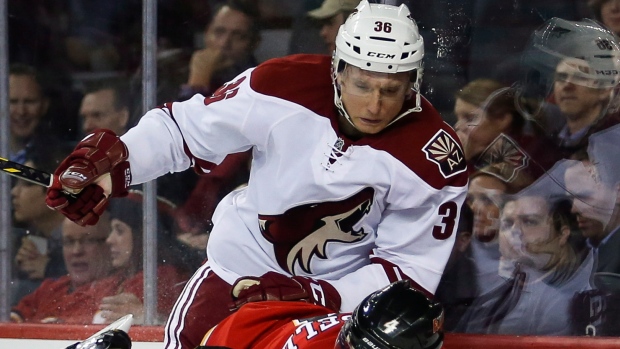 The Arizona Coyotes have traded centre Rob Klinkhammer and a conditional fifth-round draft pick in 2016 to the Pittsburgh Penguins for defenceman Philip Samuelsson.

Klinkhammer, who has spent the past three seasons with the Coyotes, has three goals in 19 games this season. The 28-year-old has 19 goals and 36 points in 129 career games.

Samuelsson has played in five career NHL games, all last season with the Penguins.

In 22 games with Wilkes-Barre/Scranton of the AHL this year, the 23-year-old has four assists.