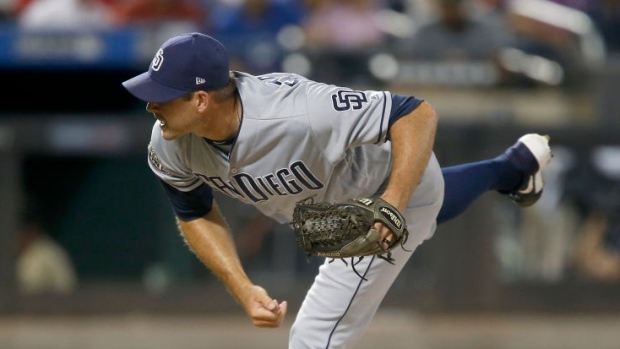 SAN DIEGO — Reliever Craig Stammen finalized a $9 million, two-year contract Friday to remain with the San Diego Padres, who hold an option for a third season that could make the deal worth $12 million.

Stammen led the Padres with 76 appearances last season, going 8-7 with four saves and a 3.29 ERA.

He allowed four consecutive home runs to the Washington Nationals, his former team, in a 5-2 loss on June 9.

Stammen spent his first seven seasons with the Nationals. He signed with the Padres prior to the 2017 season.

To make room for Stammen on the 40-man roster, left-hander Nick Margevicius was designated for assignment. Margevicius made his big league debut in last year, going 2-6 with a 6.79 ERA in 17 appearances, including 12 starts.