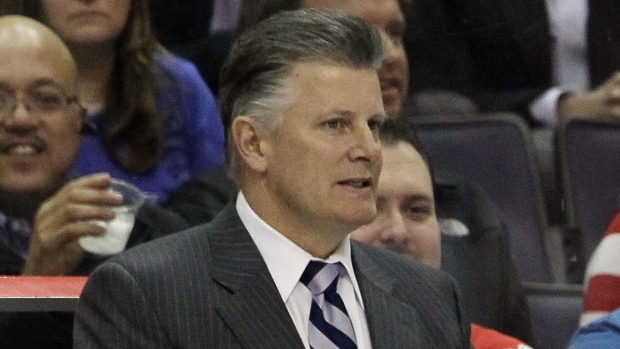 Marc Crawford says he’s ready to return to coaching in North America and is the best he’s ever been as a hockey coach.

ZSC Lions of the Swiss League announced Friday they would not be renewing Crawford’s contract.

“I wanted to give myself every opportunity to get back to the NHL. I told the team at Christmas that I wanted to take as much time as needed to pursue a return to the NHL,” Crawford told TSN on Friday.

“At this stage of my career, I want to be back in the NHL and I don’t want to limit my options. I’m open to an assistant job or going back to the AHL. The team needed to move forward. I want to move forward. It’s amicable. I understand their decision. I couldn’t commit.”

The 55-year-old native of Belleville, Ont., had a successful four-year run in the Swiss League, winning one championship and three regular-season titles.

“This has been a great experience for me and working in a different culture has made me a better coach. I’m the best coach I’ve ever been right now,” said Crawford. “I want to get back to the NHL. I’m all in.”

Crawford’s Lions were upset in the opening round of the postseason after going 31-12-1 to win the league pennant. The Lions’ loss also signalled the end of top NHL Draft prospect Auston Matthews’ time in Switzerland.

Crawford coached four NHL teams and won the Stanley Cup with the Colorado Avalanche in 1996. He won the Jack Adams Award in 1995 and coached Team Canada at the 1998 Olympics.

“It’s been a great experience here. The Swiss are great people. They have a distinct way of doing things and working in their culture has made me a better coach,” said Crawford. “It’s not like coaching a Russian player on a team in North America. You’re immersed in their culture. I’m really glad I got to come here and coach here. But at this stage of my career, I want to get back to the NHL.”