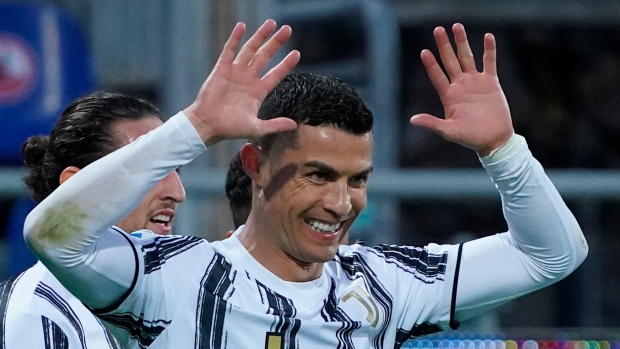 MANCHESTER, England (AP) — Cristiano Ronaldo will make the first appearance of his second spell at Manchester United in the English Premier League against Newcastle on Saturday.

It may be from the bench, though.

“He will definitely be on the pitch at some point,” United manager Ole Gunnar Solskjaer said on Friday.

Solskjaer said Ronaldo is ready to feature having had a preseason with Juventus and also having played the full game for Portugal in a World Cup qualifier against Ireland last week.

Ronaldo has been training at United since Tuesday.

Solskjaer said he expects Ronaldo to play at the top level until he is 40 years old, like another United great in Ryan Giggs.