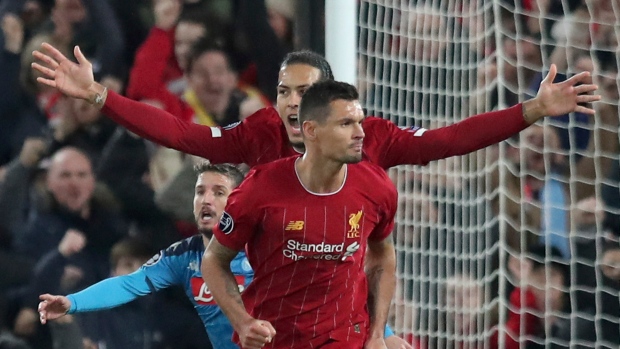 Dejan Lovren's six-year stay at Anfield is over.

The club paid tribute to Lovren upon his departure.

“You’ve been an unbelievable player and a great friend for me," forward Mo Salah said in a video for the team's website. "We’re going to miss you a lot. I miss you a lot, I love you so much. You’ve been fantastic outside the field and inside the field. So, thank you for everything you did for the club, thank you for everything you did for me. I wish you all the best in the future and I wish you to have a great career as well, enjoying the new club with your family. Thank you very much and see you soon.”

“He is a model athlete, has everything you need and now he goes to Russia, but he can come back always – he will be always welcome because he is a really nice guy," Klopp said.

The 31-year-old Lovren made only 10 league appearances for the Reds this season.

Joining Liverpool from Southampton in 2014 in a £20 million transfer, Lovren made 185 appearances for Liverpool across all competitions, scoring eight times.

Along with this season's Premier League triumph, Lovren was a member of Liverpool's 2019 Champions League-winning side.

Internationally, Lovren has been capped 57 times by Croatia and was part of the squad that finished as runners-up to France at the 2018 World Cup in Russia.