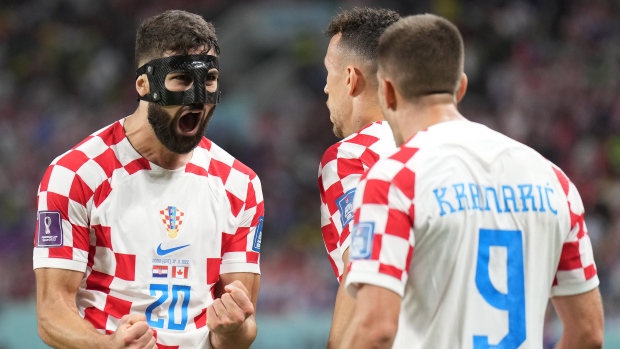 Alphonso Davies made Canadian soccer history in the first half but Canada is down 2-1 to Croatia  in Group F action at the 2022 FIFA World Cup.

Davies' scored in the second minute of the game which gave Canada the lead and the country's first goal in World Cup history.

Croatia thought they scored the tying goal in the 27th minute when forward Andrej Kramaric beat Canada goalkeeper Milan Borjan, but the play was ruled offside.

However, Kramaric got his goal in the 36th minute when he found himself alone in the danger area and beat Borjan to tie the game.

Croatia took the lead in the 44th minute when forward Marko Livaja's shot through traffic gets through and beats Borjan.

The Croatians won the possession battle in the first half controlling the ball 54 per cent of the time and also outshot Canada 5-1 with four of those shot on net.