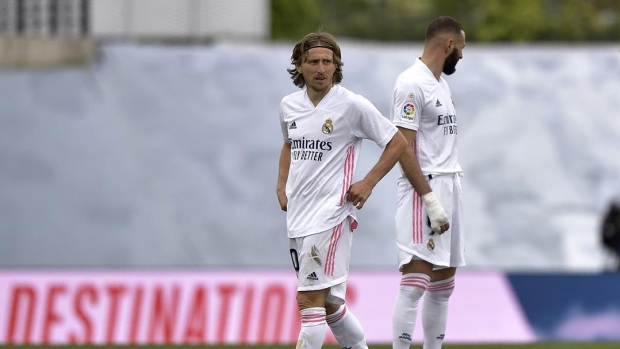 MADRID (AP) — Luka Modric's contract with Real Madrid has been extended until June 2022, the club said on Tuesday.

The move will keep the 35-year-old Croatian midfielder at the club for a full decade. He joined the Spanish powerhouse from Tottenham in 2012.

Madrid failed to win a title for the first time since the 2009-10 season. It finished two points behind city rival Atlético Madrid in the Spanish league and was eliminated by Chelsea in the Champions League semifinals.

It remains unclear if Zinedine Zidane will remain as Madrid's coach for next season. He said he would be discussing his future with the club.