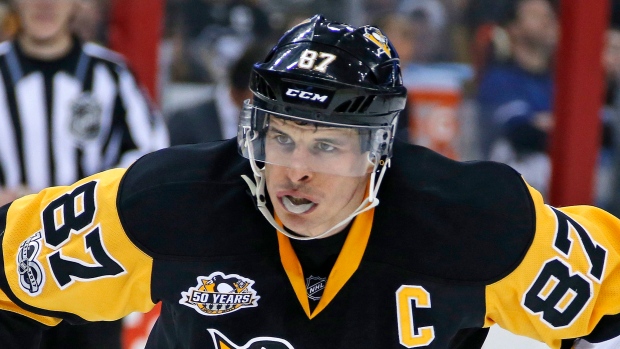 TORONTO — Sidney Crosby will play against the Toronto Maple Leafs, but other regulars of the Pittsburgh Penguins will rest.

Head coach Mike Sullivan didn't specify who would sit for the Penguins on Saturday evening, but confirmed that Crosby would indeed be in the lineup in a crucial game for the hometown Leafs. Toronto can clinch the final Eastern Conference playoff spot with a win.

"For the most part it's up to the coach," Crosby said of resting decisions following the morning skate at Air Canada Centre. "But I think he tries to bounce things off you and see how you're feeling. I've felt pretty good here and we've got a good chunk of days off here lately so that's definitely a good thing heading down the stretch here."

Pittsburgh concludes their regular season Sunday on the road against the New York Rangers, a conceivable resting night for the Penguins captain ahead of the post-season.

Sullivan said decisions of who rested against the Leafs would be apparent just before game time, but based on the morning skate it looked as though Nick Bonino, Brian Dumoulin, Patric Hornqvist and Bryan Rust would all sit out against the Leafs.

Marc-Andre Fleury is expected to start in goal for the Penguins, with starter Matt Murray also among those getting a break just before playoff time. Tristan Jarry was recalled from the Wilkes-Barre Penguins and will presumably back up Fleury.

Evgeni Malkin will remain out with injury as will Olli Maatta and Carl Hagelin.

Pittsburgh has nothing on the line in the game against the Toronto, already due to host Columbus in the first round.

Sullivan was well-aware of the playoff implications for the Leafs — as well as the Lightning and Islanders — but said "our priority is first and foremost to the Penguins and certainly we're trying to make the right decisions that we think is best for our hockey team in the short-term and the long-term. Having said that the lineup we put in will be competitive."