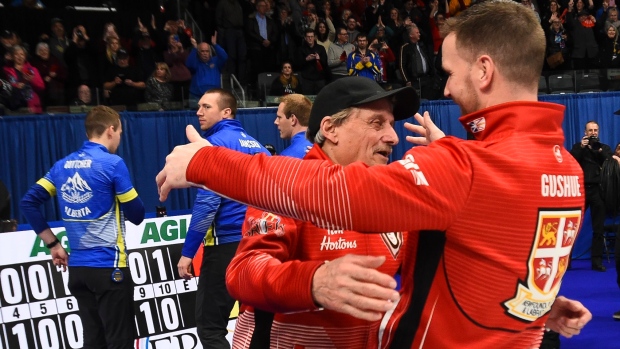 Curling Canada announced Thursday that the remaining national curling championships on its 2019-20 calendar have been cancelled due to the ongoing COVID-19 pandemic.

The announcement affects this year's national mixed doubles, seniors, under-18 and wheelchair championships.

The national mixed doubles and seniors curling championships were scheduled for March in Portage la Prairie, Man., while the national wheelchair championship in Boucherville, Que., and under-18 event in Sudbury, Ont., were scheduled to take place in April. All four events were postponed indefinitely last month.

The Canadian men's and women's championships were held earlier this year, before the COVID-19 pandemic shut down sports events across the globe.

Curling Canada's announcement comes on the same day the World Curling Federation confirmed that the cancelled 2020 women's, men's, seniors and mixed doubles championships will not be rescheduled at any point this year. The world women's championship had been scheduled to start March 14 in Prince George, B.C.

"We didn't make this decision lightly, but keeping our athletes, volunteers and staff safe was the primary motivation," Katherine Henderson, chief executive officer of Curling Canada, said in a statement. "We know this has been difficult on athletes who were pursuing their athletic dreams this season. We also know they share our concerns that everyone stays safe in this time of uncertainty, and we thank them for their understanding and dedication to our sport and curling fans across Canada."

This report by The Canadian Press was first published April 9, 2020