What to know for the inaugural Pan Continental Curling Championships

A ‘B-Division’ tournament will run concurrently during the week with the top-ranked team getting promoted to the top division for next year’s tournament. The last-place team (bottom two for women) in the A-Division will be demoted to the B-Division in 2023.

Curling Canada is sending reigning national champions Team Brad Gushue and Team Kerri Einarson to compete at the Markin MacPhail Centre, the home of the 2021 Season of Champions bubble during the COVID-19 pandemic.

Select Team Canada games as well as the playoffs can be seen on TSN and TSN.ca throughout the week.

Let’s take a closer look at the teams competing Oct. 31-Nov. 6 and Canada’s path to the world championships. 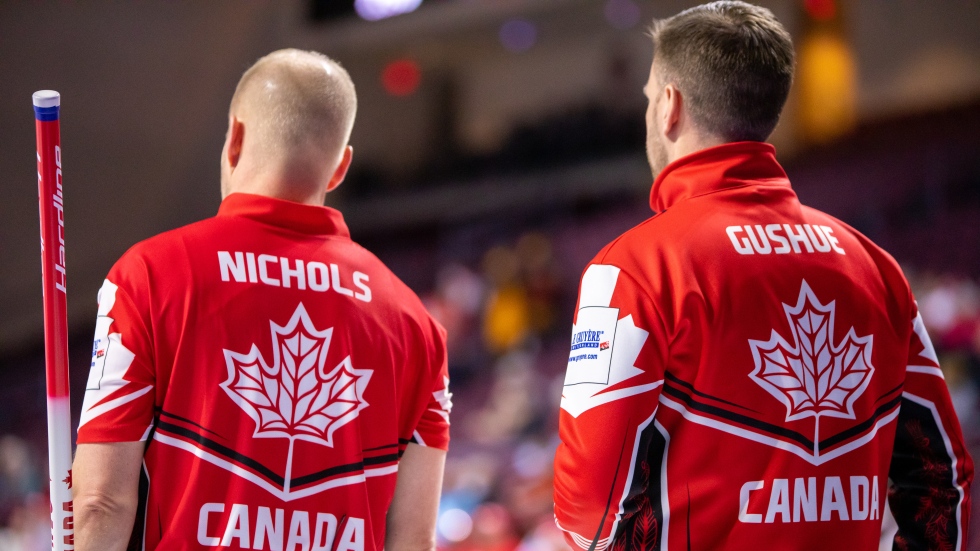 What to watch for?

With the 2023 World Men’s Curling Championship taking place in Ottawa from April 1-9, Canada gets an automatic berth as the host nation. As a result, Canada and the top four finishers in the men’s event at the Pan Continental Curling Championships will qualify for the worlds in the spring.

Despite already having a berth, Team Brad Gushue, currently ranked No. 1 in the world, will still be the favourites in Calgary. The 2022 Canadian champions and Olympic bronze medallists are 14-2 over three events so far this season, highlighted by a win at the first Grand Slam event of the season in October.

The trio of Gushue, Mark Nichols and Geoff Walker have already seemed to find chemistry with new second EJ Harnden, who was brought aboard this summer in place of the departing Brett Gallant.

Their biggest adversary should be 27-year-old Korey Dropkin and his young team from the United States.

Team Dropkin are ranked 11th in the world and sport a record of 24-11, most recently capturing the Tour Challenge Tier 2 bonspiel on the Grand Slam circuit last weekend.

Dropkin and company defeated Gushue, 10-6, during round-robin play at the World Men’s Curling Championship last season in Las Vegas before Canada got their revenge in the semi-final with an 8-5 win. Dropkin fell to Italy’s Joel Retornaz in the bronze-medal game, 13-4.

Other teams to watch out for include the Aussies led by Jay Merchant. The team’s last rock thrower is Dean Hewitt who, with the help from mixed-doubles partner Tahli Gill, went 2-7 at the Olympics last winter, including a dramatic 10-8 win over Canada’s John Morris and Rachel Homan. Morris had coached Hewitt and Gill leading up to the Olympics, which was Australia’s first appearance in curling. It will be interesting to see how he performs in the four-person game.

Team Gushue are bringing along 19-year-old Nathan Young to serve as their alternate in Calgary. Young represented Newfoundland and Labrador at last year's Brier and expect him to get some playing time during the week.

We have some exciting news! We would like to welcome @NathanYoungNL, skip of @Team_NYoung, as our fifth player for the Pan Continental Curling Championships in Calgary, AB next week! Nathan has a lot of experience and will be a great asset to the team!
Welcome aboard Nathan! 🥌 pic.twitter.com/fwRZ0s3z6v

After Canada and the United States, Japan’s Riku Yanagisawa (34th in the world) and South Korea’s Jeong Byeong-jin (54th) should be the favourites to qualify for the world championships.

Notes: On paper, the battle to get into next year’s A-Division will likely come down to Kazakhstan and Hong Kong, the two highest-ranked teams in the field.  Elsewhere, Kenya became the second African nation to join the World Curling Federation in 2021, three years after Nigeria became the first. India joined recently as well in 2019.

follow and support team kenya as we participate in our first ever world event in calgary canada .Thanks @ Bedford curling club for your support not forgetting coach pierre and Francois . pic.twitter.com/mOzmrtxysX

Nigeria competed at the 2019 Pacific-Asia Curling Championships, as did Hong Kong, Kazakhstan and Qatar. 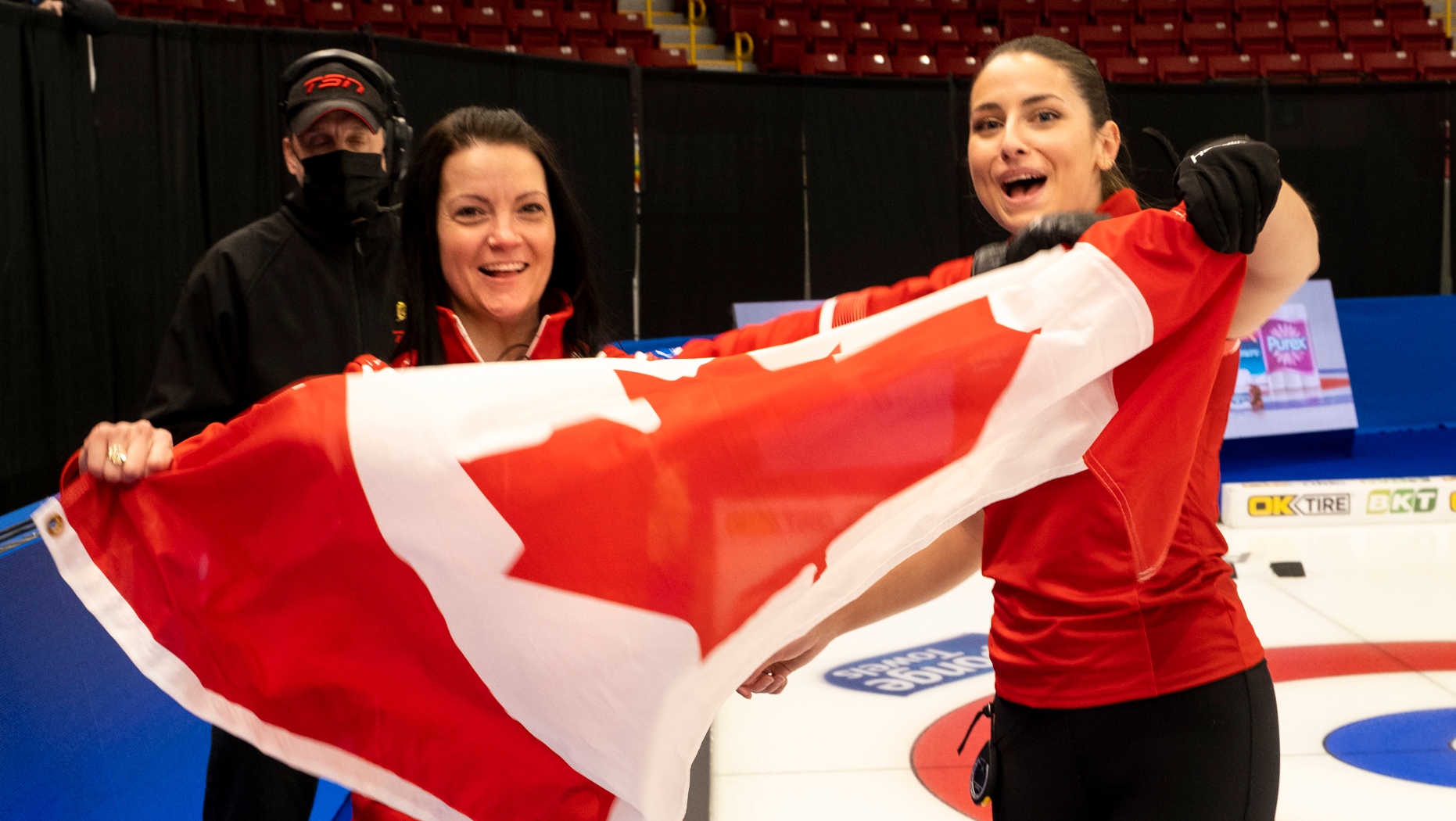 What to watch for?

The 2023 World Women’s Curling Championship will take place in Sandviken, Sweden from March 18-26, meaning Canada does not get an automatic entry as a non-host nation.

Kerri Einarson and the three-time defending Scotties Tournament of Hearts champions from Gimli, Man., will need to finish in the top-five of the nine-team tournament in order to qualify Canada.

Team Einarson are 12-6 so far in 2022-23 and have made both Grand Slam finals, losing to Switzerland’s Silvana Tirinzoni at the National and Canada’s Rachel Homan at the Tour Challenge.

The Canadians are safe bets to qualify for the women’s worlds, but they should have a tougher path to the top of the podium compared to Team Gushue’s counterparts.

Four teams ranked in the top-40 in the world will be in Calgary, including three in the top-15. Team Einarson currently sit first overall with Japan’s Satsuki Fujisawa not far behind at No. 6 and Tabitha Peterson of the United States at No. 15.

Team Fujisawa won silver at the Olympics last season while Team Peterson has a worlds bronze to their name from the bubble in 2021, also played at the Markin MacPhail Centre. Any of these teams have a real chance of winning the women’s side of the first-ever Pan Continental Curling Championships.

And don’t forget about a potential dark horse rink out of South Korea led by 22-year-old Seung-youn Ha. They’ve played a lot already this season with a 28-17 record and two bonspiel wins. Ha was part of the 2020 South Korean team that captured silver at the World Junior Curling Championship and she skipped her current rink to her nation’s 2022 women’s championship title in June.