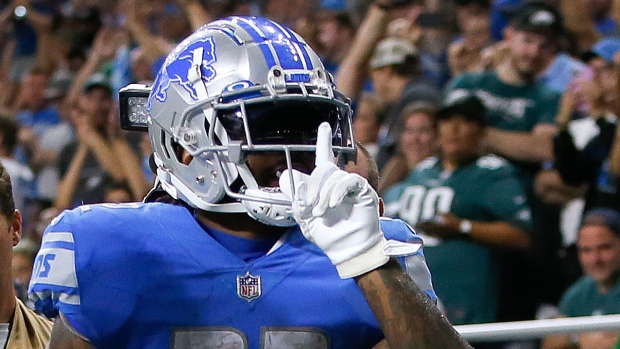 The Georgia product is not expected to require surgery, however.

#Lions RB D’Andre Swift suffered a shoulder sprain in Sunday’s loss to the #Vikings, per source. It’s not expected to require surgery. But Swift could miss some time.

Swift, 23, had already been dealing with an ankle injury that had limited him to a single practice last week. His usage was limited on Sunday, rushing for 31 yards on seven carries with Jamaal Williams used as the featured back.

A native of Philadelphia, Swift has rushed for 231 yards on 27 carries and a touchdown through three games.

Craig Reynolds and Justin Jackson are the other two running backs on the Lions' depth chart and could see game action in Swift's absence.