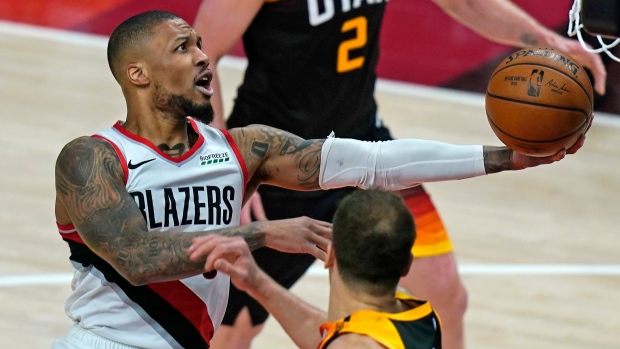 Portland Trail Blazers star Damian Lillard refuted a report that he would soon request a trade from the team, telling reporters that the rumours are "not true", adding that he expects to be in a Blazers uniform next season.

Damian Lillard says after @usabasketball practice that reports he has plans to soon request a trade are "not true."

Lillard says he expects to remain in a Blazers uniform next season.

Lillard added that there has been "no firm decision on what my future will be."

The 31-year old called for more urgency from the Blazers' front office, saying that there are 'a lot of positives' in Portland but 'it's not enough'.

Lillard, 31, averaged 28.8 points, 7.5 assists, and 4.2 rebounds in 67 regular season games last season. He averaged a playoff-career best 34.3 points and 10.2 assists in six postseason games, but the Trail Blazers were eliminated in the first round for the fourth time in the past five seasons.