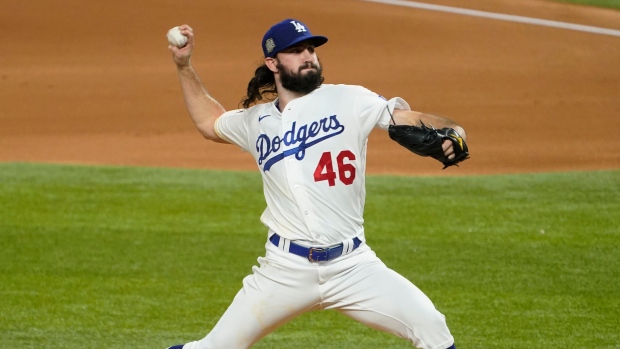 Roberts added that he hopes Gonsolin can pitch five to six innings Tuesday night as L.A. looks to put away the Tampa Bay Rays and clinch their first World Series title since 1988.

Gonsolin got the start in Game 2 of the series but lasted just 1.1 innings, surrendering one hit and one run as the Rays went on to beat the Dodgers 6-4. However, Game 2 was just three days after Game 7 of the National League Championship Series, where Gonsolin tossed two innings in relief.