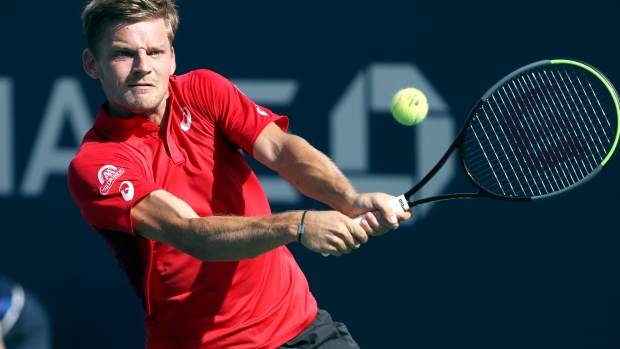 MONACO — David Goffin beat an erratic Marin Cilic 6-4, 3-6, 6-0 to reach the second round of the clay-court Monte Carlo Masters on Sunday.

Although the 2014 U.S. Open champion Cilic had 10 aces and led the match 3-0, he made 52 unforced errors and also dropped serve six times against the 11th-seeded Belgian.

It was the ninth meeting between them. Goffin leads 5-4.

“In the first and second set, I had problems with the returns,” the 30-year-old Goffin said. "In the third set, I was more consistent. It was a good match.”

Thompson has won his two career matches against Paire, with both on clay.

Nadal was convincingly beaten by Fabio Fognini in the semifinals in 2019, and the tournament was cancelled last year because of the coronavirus pandemic.