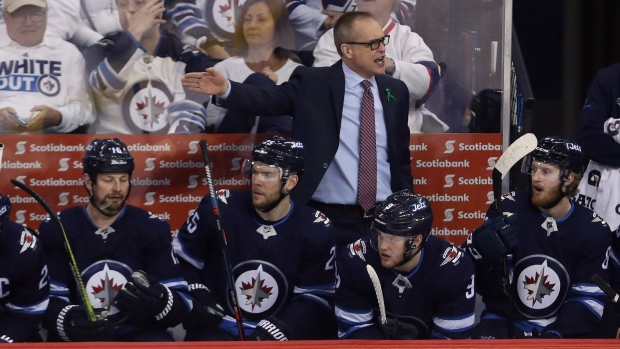 PHILADELPHIA — Aside from the Stanley Cup that Michal Kempny helped hoist in Washington, there was no more impactful acquisition at last year’s trade deadline than Paul Stastny.

It was a deal that signalled the official opening of the Winnipeg Jets’ window – GM Kevin Cheveldayoff trading a first-round pick for the first time, along with prospect Erik Foley and a fourth-round pick to the St. Louis Blues.

Stastny was a horse for the Jets. He posted 15 points in 17 playoff contests, including three game-winning goals. Stastny tormented the Nashville Predators with 10 points in the second round alone and came up clutch with two goals and an assist in the decisive Game 7 road win.

The question now is: Where can Cheveldayoff find this year’s version of Stastny?

The Jets are undoubtedly on a mission to add a bona fide second-line centre before TradeCentre on Feb. 25. That’s not to say Winnipeg isn’t happy with the job Bryan Little has done in that role, but they felt the need to upgrade last year. Bumping Little to the third line makes them that much stronger.

The window to win can close quickly – even for the Jets, perhaps the youngest in the pack of Cup contenders – given the salary cap pinch they will be feeling this summer.

It will all depend on the cost, of course, and the perceived impact on the lineup.

The Jets clearly aren’t keen on fixing what isn’t broken.

“Whether you bring in a fourth-line player or a Paul Stastny, it changes the dynamic,” coach Paul Maurice said at All-Star Weekend. “The question is: How much do you change?”

In hockey, chemistry is an inexact science and the problem is you don’t really know until you experiment.

“You do all of your background [checks], but you truly don’t know how a player is going to fit,” Maurice said. “Each team is a completely different environment.”

The irony in Stastny’s addition is that the Jets had their sights set on Ottawa’s Derick Brassard last February. He landed with the Pittsburgh Penguins, who are now looking to flip him a year later.

The Jets have already been in contact with the Penguins on Brassard, but the initial asking price was high. Besides, ‘Big Game Brass’ didn’t live up to his nickname last year with just one goal in the playoffs.

Could the Jets target Matt Duchene as a rental? Cheveldayoff would prefer a player with term on his contract, but the ilk of the player the Jets are pursuing would make it even that much tougher to re-sign Patrik Laine, Kyle Connor, Jacob Trouba and Tyler Myers this summer.

Brayden Schenn, Charlie Coyle and Kevin Hayes are some of the other centres on the TSN Trade Bait board.

Even for as seamlessly as Stastny fit, there was a trickle-down effect for the Jets. Ehlers scored just five goals in 35 games after Stastny’s arrival, including a complete doughnut in the 15-game playoff run after a 29-goal regular season.

As Maurice said: “Someone’s coming out” of the lineup. Or someone’s moving down.

The other notion that Maurice is pondering of the deadline is the idea that the Jets might already have internally what they’d be looking for on the market, particularly if they are on the prowl for a fourth-line winger.

Maurice mentioned the emergence of forward Brendan Lemieux as an example, who entered the All-Star break with three goals in his last two games.

“In two months’ time, how different are the players going to be that we have?” Maurice asked. “Right now, Brendan Lemieux is a completely different player than he was in October. After the All-Star break, certainly, you’re not developing any more. You’re taking a stab at it or not. Can you find a bigger, stronger, brighter young man than that?

“When you’re as young as we are, that’s a real question. Three months from now, we might be a different-looking team.”

The Jets can get wrapped up in a Central Division arms race, even though they appear to already have the upper hand in size and strength.

Or, they can decide to roll the dice with what they have.

Maurice is not the GM, but he’s still trying to figure out where he lands.

“I’m not sure. That’s the honest answer,” Maurice said. “Even if we think it makes sense, we’re not going to overreach. We may have what we’re looking for already here. I’m good either way.”