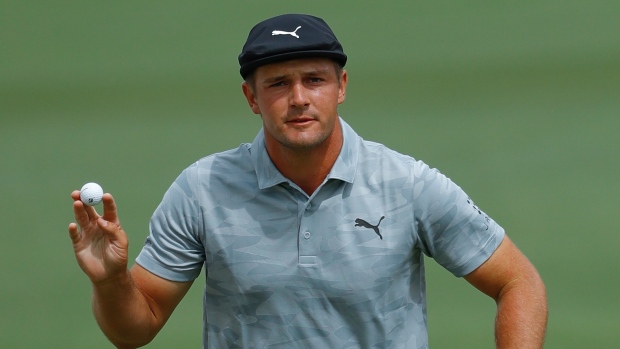 Bryson DeChambeau has made a hole-on-one on No. 16 in the final round at the Masters.

DeChambeau was one of the co-leaders after Thursday's first round after shooting a 66, but fell way off the pace with a 75 and 73 over the next two days.

His shot on the 170-yard hole hit the green well to the right of the hole, but had some backspin and slowly rolled left until it fell into the cup .

It's DeChambeau's first hole-in-one on tour.

The tournament's final group — Francesco Molinari, Tony Finau and Tiger Woods — teed off at 9:20 a.m. All of them made par on the first hole.