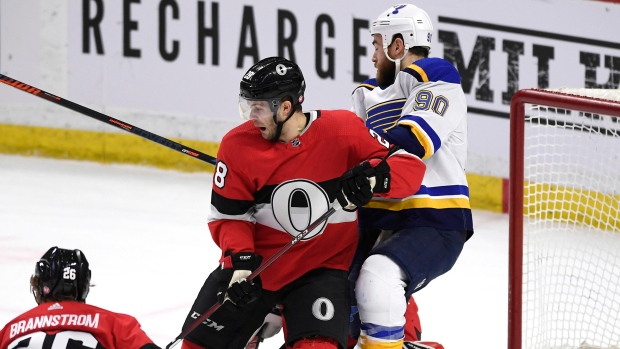 The Senators acquired the 29-year-old native of Mississauga, Ont., in a deal with the Boston Bruins on Jan. 11.

Goloubef played 46 AHL games and five NHL games (all with Ottawa) last season. He was a member of Canada's bronze medal-winning team at the 2018 Pyeongchang Olympics.

A second-round pick (37th overall) by Columbus in 2008, Goloubef has played 134 career NHL games with the Blue Jackets, Colorado Avalanche and Senators.