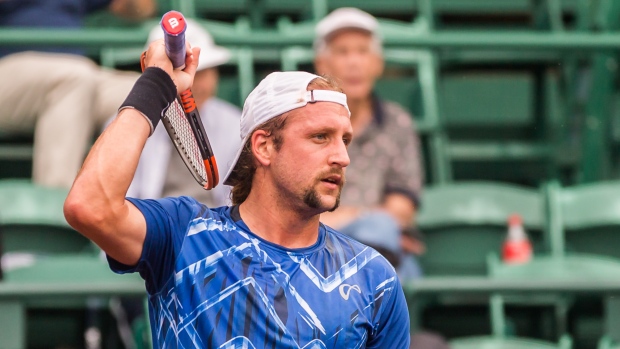 Sandgren won his maiden ATP title in Auckland last year, beating Briton Cameron Norrie in the final. He looked strong on Monday with 15 aces in a 70-minute win. Venus is ranked 10th in the world in doubles but was playing his first singles match since a Davis Cup tie in 2018.

Sandgren broke Venus in the third game of the first set but dropped serve in the next game. At 4-5, 30-30 Venus made two unforced errors which handed the first set to the American.

Sandgren broke Venus in the fourth game of the second set and held on comfortably.

Sixth-seeded Hubert Hurkacz of Poland, who beat world No. 4 Dominic Thiem at the ATP Cup last week and is seen as one of the tour's rising stars, advanced to the second round with a 7-5, 6-3 win over Lorenzo Sonego.

The top four seeds at the tournament, Fabio Fognini of Italy, Denis Shapovalov of Canada, Karen Khachanov of Russia and John Isner of the United States, are not in action until the second round.

Isner is a two-time champion in Auckland and is looking to the tournament to again give him a strong start to the year.

"I've won it twice and my first ever ATP win was here in Auckland so I definitely have great memories here," he told reporters. "Throughout my career I've come here a lot, I've played some great tennis here and I'm looking forward to hopefully playing some good tennis again."