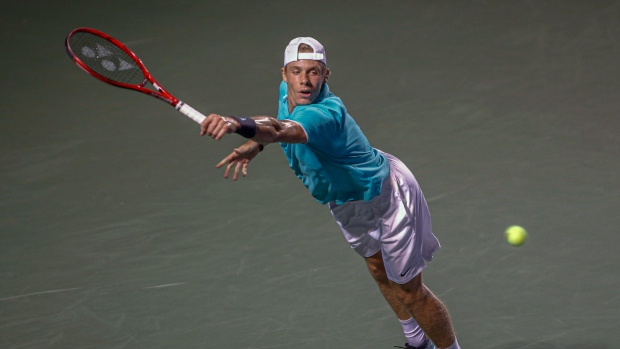 WINSTON SALEM, N.C. — Canada's Denis Shapovalov was unable to pull off two victories in the same day, falling to Hubert Hurkacz of Poland in the semifinals at the Winston-Salem Open on Friday night.

The second-seeded Shapovalov, from Richmond Hill, Ont., downed Russia's Andrey Rublev in a quarterfinal played earlier Friday after a rainout a day earlier at the ATP Tour 250 event.

But the 20-year-old Canadian couldn't extend his win streak to four matches in the evening, getting ousted by third-seeded Hurkacz 6-3, 6-4 in one hour eight minutes.

Shapovalov's record entering the week was an inconsistent 17-18 in 2019, but he was able to put together back-to-back wins in North Carolina for the first time since March at the Miami Open.

Hurkacz also beat Shapovalov in March at the BNP Paribas Open in Indian Wells in their only other meeting.

The tournament serves as a tune-up for the U.S. Open, which starts Monday in New York.