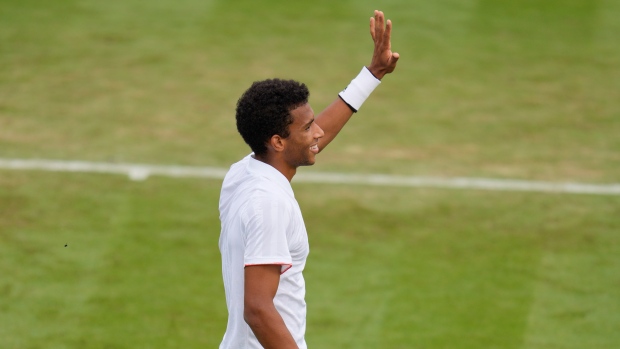 Denis Shapovalov reached the third round at Wimbledon for the first time after his second-round opponent Pablo Andujar pulled out with a rib injury ahead of their match.

Shapovalov is playing Wimbledon for the fourth time but had only got past the first round once before, in 2018. The Canadian reached the quarterfinals of last year's U.S Open for his best Grand Slam result.

Andujar beat Roger Federer in Geneva this year and ousted Dominic Thiem in the first round of the French Open. He also needed five sets to get past Pierre-Hugues Herbert on Tuesday.