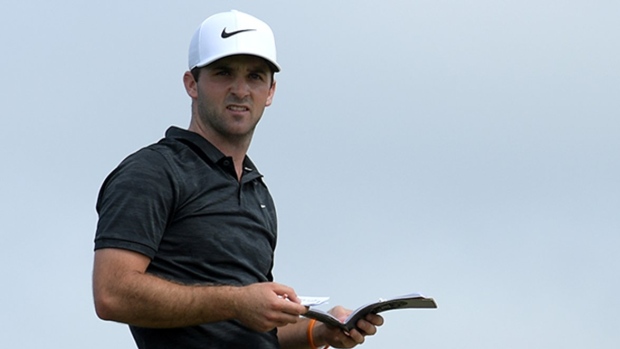 The 27-year-old withdrew from the Travelers Championship on Friday after requesting another test prior to his second round.

“I was feeling pretty tired and sore after the round yesterday but didn’t think much of it because I had practised a lot Monday to Wednesday,” said McCarthy in a statement. ““Last night, I woke up in the middle of the night with additional aches and soreness and sensed something was off. I felt like the only thing to do was get tested at that point before I went to the course.”

McCarthy joins Nick Watney and Cameron Champ as golfers who have tested positive. Two caddies, Ricky Elliott and Ken Comboy, were also shown to have coronavirus.

McCarthy played on Thursday alongside Bud Cauley and Matt Wallace. Both those players and their caddies were tested, and the results were negative. The trio was set to play the second round at 1:30 pm ET, but Cauley withdrew out of an abundance of caution. Wallace went out as a single.

The PGA Tour followed up with contact tracing and another 16 individuals were or will be tested on Friday.

McCarthy played the first two stops on the tour’s return, finishing 66th at the Charles Schwab Challenge and missing the cut at the RBC Heritage.

At the start of this week, the PGA Tour tested 428 individuals with positive results from Champ, Comboy and Elliott. A total of seven players have withdrawn from the tournament. Five of those tested negative but decided to be cautious after coming into contact with an infected individual.

“Denny has our full support as he self-isolates here in Hartford and recovers, and I know I speak for the entire TOUR membership in thanking him for doing the right thing in requesting an additional test before heading to the golf course today,” said tour commissioner Jay Monahan in a statement.

The tour continues to tighten up the protocols and this week, including an additional round of testing for players who arrive on the charter flight from the previous stop.

On Friday, caddies were also prohibited from walking on the practice putting green to aid their players, trying to add to the social distancing.