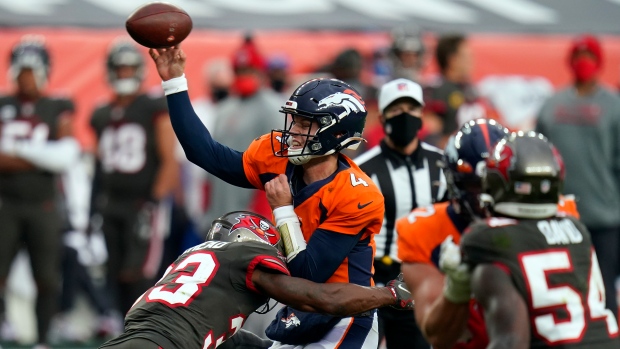 Rypien, an undrafted signing out of Boise State in 2019 who spent last season on the practice squad, replaced Jeff Driskel in Sunday's 28-10 loss to the Denver Broncos. He completed eight of nine attempts for 53 yards with an interception.

#Broncos Fangio says Brett Rypien will start. Might mix in Driskel. "We just feel he deserves a chance." #Denver7

The Broncos lost starting quarterback Drew Lock to a shoulder injury in Week 2 and he remains out this week.

The Broncos and Jets both enter Thursday's game at 0-3.