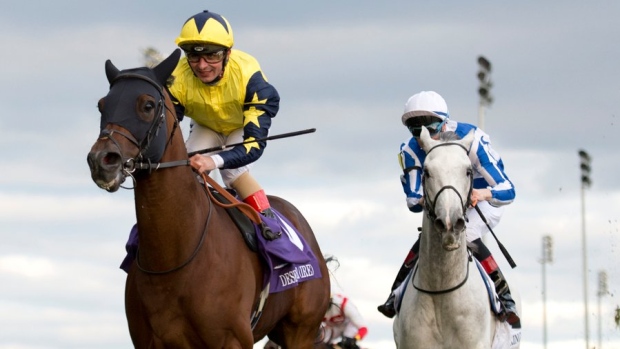 Irish-bred Desert Encounter, at 3/2 odds, sat last at the start but came on in deep stretch to overtake even-money favourite Ziyad and win the 1 1/2-mile turf race in 2:28.62 on a good E.P. Taylor turf course at Woodbine Racetrack.

French-bred Alounak was second in the six-horse field with Ziyad taking third.

And Jesse Campbell, another Woodbine jockey, rode 24/1 longshot City Boy to victory in the $280,900 Grade 2 Nearctic Stakes over six furlongs on the turf. The horse — bred and co-owned by the late Gustav Schickedanz — earned its first win since 2017.

This report by The Canadian Press was originally published Oct. 12, 2019.