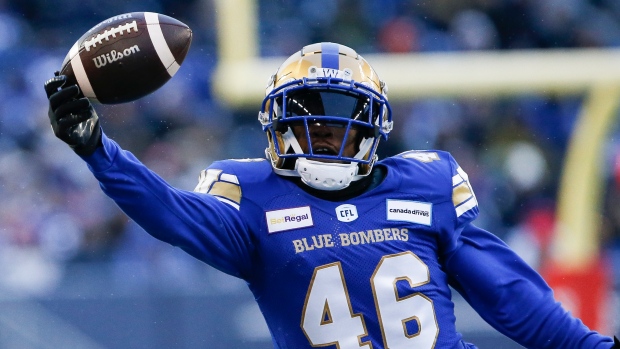 The Winnipeg Blue Bombers announced on Wednesday that they signed American defensive back Desmond Lawrence to a one-year contract.

Back for another year in blue & gold❕

The club has signed @DLaww2 to a one-year contract.

The 28-year-old from Charlotte, N.C., finished the 2022 season with the Blue Bombers after being released from the Hamilton Tiger-Cats, whom he made two Grey Cup appearances with in 2019 and in 2021, where he was named the Ticats' Most Outstanding Rookie.

Lawrence made his debut with the Blue Bombers against the BC Lions on Oct. 15, when he recorded a tackle and four defended passes. Lawrence followed up with an interception and a pass breakout in the Western Final against Nathan Rourke and the Lions to help the Bombers clinch a third-straight Grey Cup berth.

The product of the University of North Carolina tallied four tackles in the Bombers' 109th Grey Cup loss to the Toronto Argonauts.