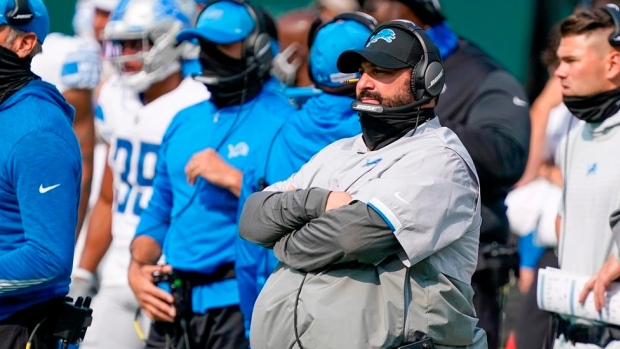 The Detroit Lions are making a change at head coach and general manager.

The team announced the firing of head coach Matt Patricia and general manager Bob Quinn on Saturday, two day after his team fell 41-25 to the Houston Texans.

Patricia's tenure with the team concludes midway through his third season at the helm of the Lions. With the team currently sitting at 4-7, Patricia finishes with a 13-29-1 record over the three seasons.

Patricia's Lions teams did not make the playoffs in his first two seasons.

The 46-year-old Sherrill, NY native succeeded Jim Caldwell, who led the Lions to the playoffs twice in four seasons becoming the first Lions coach to reach the postseason on multiple occasions since Bobby Ross in 1999.

Prior to joining the Lions, Patricia spent over a decade as a coach under Bill Belichick with the New England Patriots. Starting as an offensive assistant in 2004, Patricia worked his way up to defensive coordinator, a role he spent six seasons in from 2012 to 2017. With the Pats, Patricia won three Super Bowl titles.

Offensive coordinator Darrell Bevell will serve as the Lions' interim head coach, according to a report from NFL Network's Ian Rapoport.

The team returns to action on Dec. 6 when they visit the Chicago Bears.

Patricia becomes the second NFL coached fired in season in 2020. The Texans fired Bill O'Brien after an 0-4 start in October.