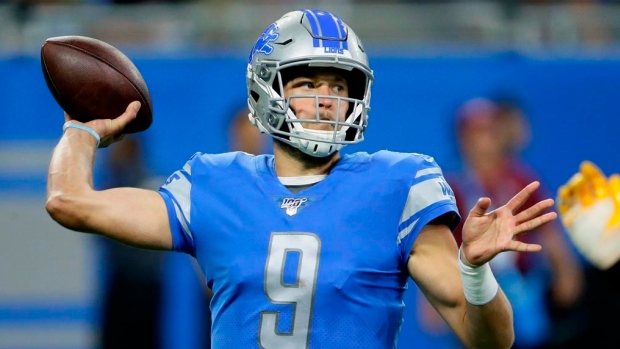 A report about the Detroit Lions, who hold the No. 3 overall pick in the 2020 NFL Draft, has surfaced that suggests the team is interested in trading its longtime starting quarterback Matthew Stafford.

However, Bob Quinn, the general manager of the Lions, has said that this isn't the case at all. Quinn wrote "100% False!!" in a text message to the Detroit Free Press in regards to a Wednesday night report from Detroit based TV station WDIV-TV that said sources close to the TV station had confirmed that the Lions have been involved in trade talks regarding Stafford for a the past couple of weeks.

Stafford's wife, Kelly, chimed in on the report on Instagram, writing "Well if Detroit is done with us..." in one post, and suggesting in another that she would like if Stafford were to join the Los Angeles Chargers, who suddenly have a vacancy at quarterback after announcing on Monday that they were moving on from longtime starter Philip Rivers.

The 32-year-old Stafford, who has been the Lions starting QB since the team drafted him first overall in the 2009 draft, is entering his 12th season in the NFL. With the Stafford under the helm, the Lions have missed the playoffs the last three seasons.