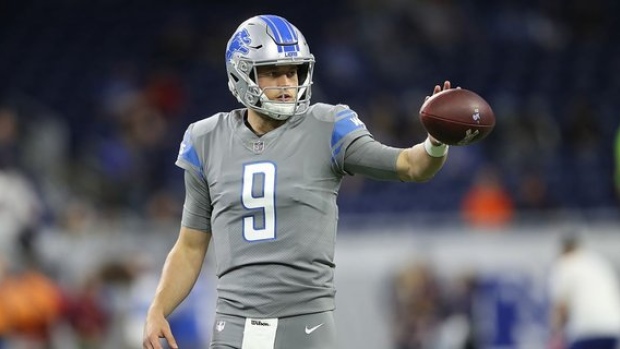 Detroit Lions head coach Matt Patricia said on Friday that quarterback Matthew Stafford will not be available for Sunday's game against the Dallas Cowboys.

Stafford, 31, missed the Lions' Week 10 loss to the Chicago Bears with the same back injury that has kept the Georgia product out of practice this week.

The NFL Network's Ian Rapoport reported earlier this week that Stafford is dealing with small fractures in his back, similar to the injury that sidelined Tony Romo for most of 2016. The club's injury report also lists a hip ailment for Stafford.

Jeff Driskel, who started against the Bears, will start in Stafford's stead. Driskel threw for 269 yards on 27-for-46 passing last week with one touchdown and an interception. This will be the 26-year-old Driskel's seventh career start.

A native of Tampa, Stafford is in his 11th season, all with the Lions. In eight games this season, Stafford has thrown for 2,499 yards on 187-for-291 passing with 19 TDs and five picks.