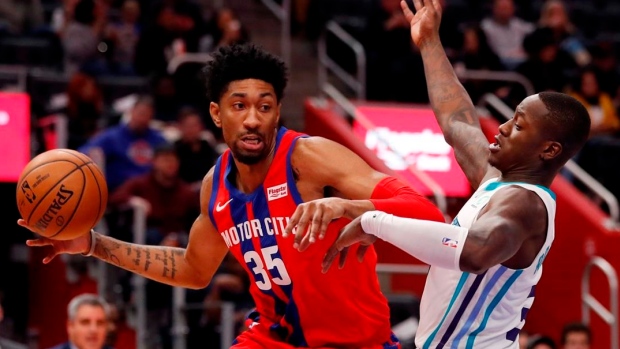 It was reported on March 14 that Wood became the third NBA player publicly known to have test positive for coronavirus, joining Rudy Gobert and Donovan Mitchell of the Utah jazz.

But Casey isn't sure how it got out there.

“That’s why we were so mystified when it leaked out,” Casey said of reports citing Wood's positive test. “Christian was upset his name got out there. He didn’t release it. And the worst part was it got out before Christian even had a chance to tell his mom.

“I was very unhappy about that. I told our staff, ‘This is unprofessional. This can’t happen again.’ It was so unfair to our player.”

Under the Health Insurance Portability and Accountability Act of 1996, neither the Pistons, nor Wood, were required to disclose the results of the test publicly. Wood was reportedly medically cleared of COVID-19 earlier this week.

It's been a breakout season for the 24-year-old Long Beach, Calif., native. In 62 games prior to the NBA's season suspension just over two weeks ago, Wood is averaging 13.1 points per game to go along with 6.3 rebounds.

The Pistons carried a record of 20-46 at the time of the suspension.