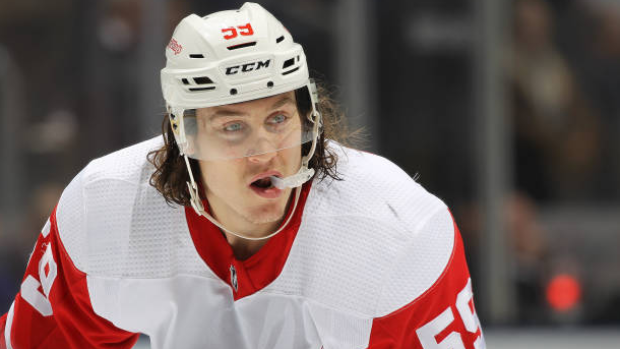 Detroit Red Wings general manager Steve Yzerman said Wednesday that forward Tyler Bertuzzi has declined to be vaccinated for COVID-19 ahead of the NHL season.

Yzerman said the team is following protocols with Bertuzzi, with the expectation being that he will not travel with the team for games in Canada.

The Red Wings are scheduled to play nine games in Canada this season, during which Bertuzzi can be suspended without pay.

Red Wings Steve Yzerman says Tyler Bertuzzi has declined to be vaccinated for COVID-19. Will be at camp, following guidelines, but anticipation is he will not travel to games in Canada.

Bertuzzi was limited to nine games with the Red Wings in 2020-21 due to injury, finishing with five goals and seven points. He was signed to a two-year contract this off-season.

Selected in the second round of the 2013 NHL Draft by Detroit, Bertuzzi has 54 goals and 126 points in 208 career NHL games.