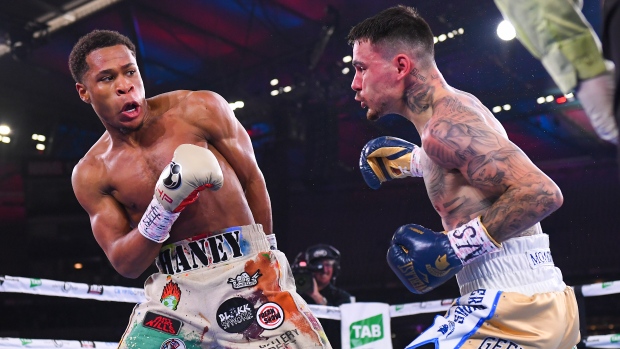 The 23-year-old American won three of the first four rounds and was well ahead at the halfway point of the 12-round bout to become undisputed champion in the lightweight division.

Haney, who proved to be the better technical fighter before a crowd of 41,129 at the covered Marvel Stadium in Melbourne, now has an undefeated record of 28-0 with 15 KOs.

Kambosos, 28, held the WBO, WBA, and IBF lightweight titles heading into the fight, and those now belong to Haney.

Kambosos' unbeaten pro career record has ended — he's now 20-1 with 10 KOs. The U.S.-based Kambosos won all three of his world titles when he beat Teofimo Lopez in 2019.