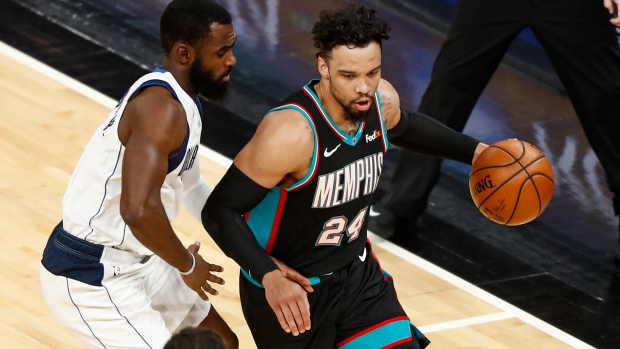 MEMPHIS, Tenn. — Memphis Grizzlies guard Dillon Brooks will miss the start of the season to ensure he fully recovers from a broken left hand.

The Grizzlies announced Tuesday that the decision for Brooks, a 25-year-old from Mississauga, Ont., to receive additional treatment was made after imaging in checking Brooks as part of the team's return to play protocol. Brooks will be reevaluated in two to three weeks.

Brooks said at media day on Sept. 27 that he broke his hand during an off-season practice reaching for a ball. His hand hyperextended and broke in two places.

He is the Grizzlies' longest-tenured player going into his fifth NBA season and fourth-oldest behind Steven Adams, Kyle Anderson and Kris Dunn. Brooks averaged 17.2 points and 1.2 steals per game last season playing in 67 games and helping Memphis earn the No. 8 seed winning two play-in games.