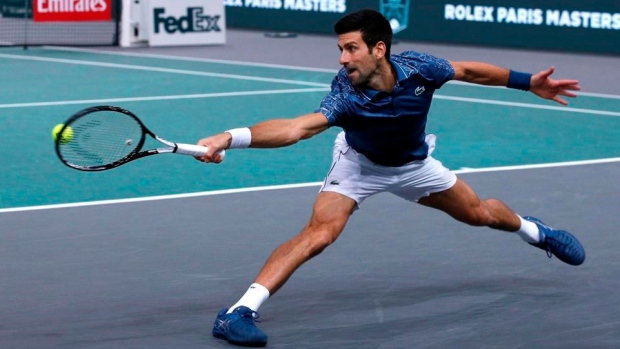 MADRID — Novak Djokovic says an exhibition match against Rafael Nadal in Saudi Arabia has been called off because the Spaniard underwent ankle surgery.

The top-ranked Djokovic told BBC Sports on Friday that "the match is not happening this year" because of Nadal's injury.

Djokovic and Nadal had expressed doubt as to whether they would play the Dec. 22 match as Saudi Arabia is under growing pressure from the international community following the killing of Saudi writer Jamal Khashoggi after he entered Saudi Arabia's consulate in Istanbul on Oct. 2. He was a Washington Post columnist who had written critically of Saudi Arabia's crown prince.

The players had not withdrawn, though, saying the invitations were made at least one year ago. Roger Federer had turned down the invitation, saying he "didn't want to play there at that time."

Amnesty International had urged Nadal and Djokovic not to play.

No. 2-ranked Nadal pulled out of the season-ending ATP Finals because of an abdominal injury, then underwent surgery on his right ankle to start 2019 healthy.