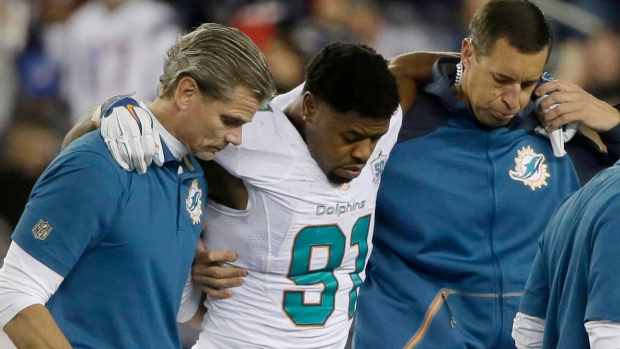 An MRI Friday confirmed the diagnosis, the team said. The former CFL star was hurt in Thursday's 36-7 loss at New England.

It's possible the four-time Pro Bowl end has played his final game for Miami. Wake, 33, is under contract through 2016, but he has a cap number of $9.8 million next year, and the Dolphins could save $8.4 million in cap space by cutting him.

Wake was slowed by a hamstring injury early this year but had seven sacks and four forced fumbles in the past three games. He ranks second on the Dolphins' career sack list with 70, behind only Jason Taylor's 131.